Wrapping up all the Confusion about iPhone 4

I have always admired Apple for its smart products; it has always remained one step ahead of its competitors. But the way Apple is losing grip on its smartness is unbelievable. Apple came up with iPhone 4 couple of weeks back; one of its most hyped products, which ended up as a disaster in terms of its reception.

According to The Wall Street Journal, Apple engineers were aware of the risks associated with the new antenna design as early as a year ago, but chief executive Steve Jobs liked the design so much that Apple went ahead with its development.

First solution: “Just avoid holding it in that way”

These are Steve Job’s words. As he further elaborated that every handset has a sensitive point; it’s how you grip the phone. You should just avoid holding it in a way that causes the bad reception. I don’t know much about the anatomy of a handset, and neither do most of people but, I have used dozens of smart phones, and it never occurred to me that my way of holding them in a particular way might have resulted in a bad reception. I still wonder how a billion dollar firm can end up suggesting a solution like that. 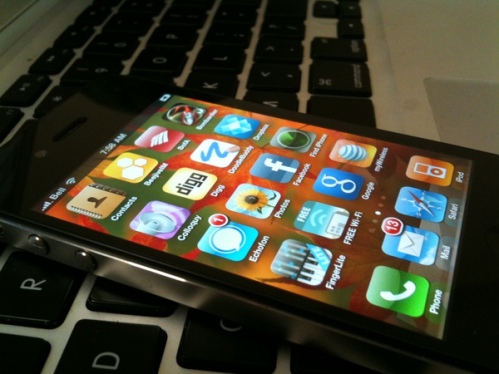 Second solution: Use a 30$ dollar bumper to shield the antenna

This happens to be the second solution that came in the mind of smart officials of Apple. One can avoid the problem by the use of different casing to shield the antenna and avoid its direct contact with the hand. Recently, Senator Charles Schumer, a Democrat from New York wrote a letter to Steve jobs asking him to come up with a proper solution to the reception problem.

In his letter he also mentioned that “The solutions offered to date by Apple for dealing with the so-called ‘death grip’ malfunction – such as holding the device differently, or buying a cover for it – seem to be insufficient.” And also he asked for a “clearly written explanation of the cause of the reception problem and make a public commitment to remedy it free-of-charge“.

Yesterday apple released iOS 4.0.1 update as a solution to the bad reception problem. Again this wasn’t very effective for the problem, as the update only changes the way the signals bars are displayed. Apple said it was “Stunned” by the wrong display of the signal bars, there was a mistake calculating how many bars to display. While owners of the iPhone 3GS reported that an earlier update to their handset operating system has caused the occurrence of the dropped calls even more, as the phone reboots in between the calls.

Apple has called a press conference today and it is expected that Apple will provide another remedy for the eternal bad reception problem of iPhone 4. Event will take place at its Cupertino, California, headquarters at 10:00 am (1700 GMT).