One of the most exciting 2D PC Games, Worms, in now available for download for Android devices. The game’s PC version was much popular and now it is expected to do great in the emerging mobile gaming market. However don’t expect to see all the popular features in this first release. 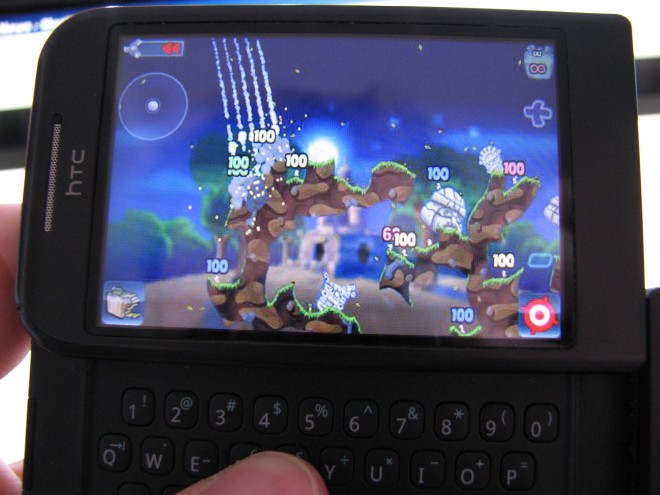 The game was already available for iOS based devices such as iPhone, iPod Touch and iPad. However this current release will make it compatible to the fast growing Android market place which now runs a significant number of mobile and tablet devices.

The 2D turn based game matches two teams of worms equipped with advanced weaponry on a variety of creative battlegrounds. The weapons supported in the mobile version include Bazooka, Uzi, Exploding sheep and carpet bomb to name a few. This is coupled with intense soundplay which makes the experience fun.

The game also supports multiplayer option which allows you to play against a friend. This makes for a much interactive experience and a matching performance when compared to the PC version. The application can be downloaded from the marketplace for $2.99.