World of Warcraft: Cataclysm – A Change for the Good?

Changed, transformed, mutated, say whatever you want to say, the World of Warcraft as you know has changed forever. Huge Cracks have appeared in the ground and lava is spewing everywhere. Deathwing is back to create havoc and destruction. I’m sure if you are reading this you will probably know about what the changes are in Cataclysm. If not, here are just a few bullet points to fill you in:

This all looks exciting right? Well I’m going to fill you in about how I think the new expansion will fare with existing World of Warcraft players and new players.

First off, let’s take a look at the new player tooltips and interface. Blizzard thought that the old tooltips were a little confusing for new player so they have decided to make them a little bit simpler. For example, a spell (like Fireblast) which used to say a lot about its stats and damage lots of stuff which you need to take into account is now being replaced with the words “Does Damage at Range”. This offers no real description of what the actual spell does. This option can be changed in Options but I thought I better mention it. This also brings me onto the new spells in which new players will be receiving at fairly early levels. Some of the new spells were not available until at least level 60 on some classes. This leaves me thinking that leveling up won’t be a challenge any more. Reason being that the first few basic spells in the game, I think, are there to give an idea to what the players characters can do. So giving them all of the amazing spells will let them easily breeze through leveling and not give them any surprises when it comes to end-game.

That being said, there will be some good things to come out of Cataclysm. Two New classes races are being introduced; Goblins and Worgen. Goblins have sided with the Horde and Worgen with the Alliance. This will give much more variety to current player who are thinking of making another character and it will also attract new players who never really like the other races but may like these ones. Another very cool feature that I am really excited about is the introduction of the ability to use flying mounts in mainland Azeroth (Eastern Kingdoms and Kalmidor ). This will cost players 250g and is available at level 60 but is only available to players who have the expansion. 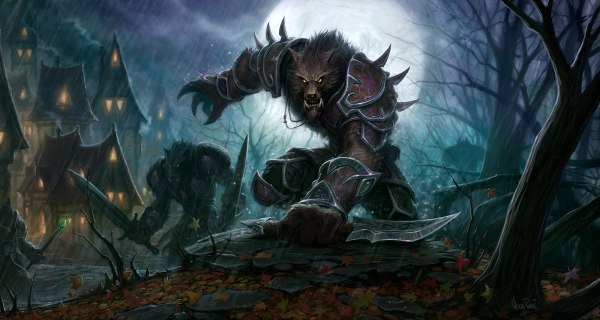 Will Cataclysm strengthen or weaken the World of Warcraft fan club? One of the things they have done to try and strengthen it is to further enhance PvP (player vs player) which was rather weak compared to other games such as Warhammer Online. Blizzard are bringing in new battlegrounds and a new area called TolBarand Island which is a new wintergrasp-like zone to try and vamp it up. But I still think the game will have its flaws. The addition of more raids and dungeons is great, but will it really keep people (the non-addicted) occupied for that long? If it was me, I’d kill Deathwing then stop playing. I’ve never really been a grinding person. Increasing the level cap to 85 was also a bad idea in my opinion. The cap needs to be a ‘doable’ number. New players want something to aspire to be, but at the same time, they don’t want to get tired of leveling half way through.

Maybe I’m being too negative, but these are just my thoughts. We can let the game and the fans do the talking once the game is released.