Microsoft’s Windows Phone 7 is the upcoming operating systems for smartphones and mobile devices which has completed it’s development to RTM and first devices with the new OS is expected in a few months. Microsoft is expected to launch a huge ad campaign for the upcoming OS and we see the first ads beginning to appear already. 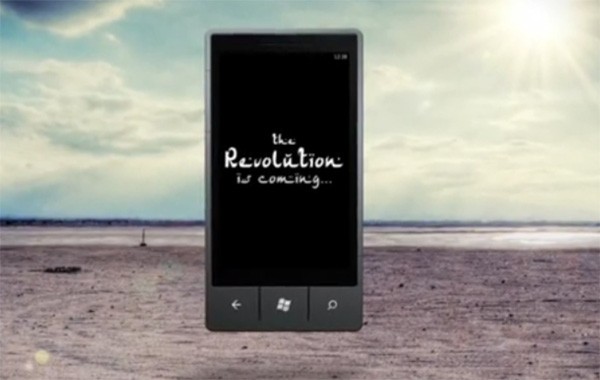 This new ad featuring “Revolution is coming” was shown is a London Cinema event. I’ve a feeling much more is coming. Fasten your seat belts for Windows Phone 7!