Here is a test between some of the leading smartphones including Apple iPhone 3GS, Google Nexus One, Motorola Droid and HTC Droid Eris. The tests check the sensitivity and accuracy of the touch panels of these smart devices. 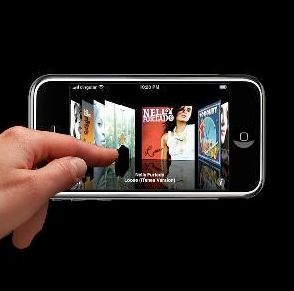 The tests show great differences in the performance of the touchscreens with respect to pressure and accuracy. The actual performance is the result of hardware technology, design of the device and the software integration. These screens were tested by passing the finger straight on the screens. The devices with larger touchsensors produces zig-zag tracks whereas the one with ideally small sensors results in a straight track. The sensor accuracy also depends on the pressure applied.

These small differences are important as they become critical when using the on-screen keyboard, browsing on a page with many links or while playing sensitive games.

The pictures below shows the obtained results as tested by Moto Labs (it’s not associated with Motorola). 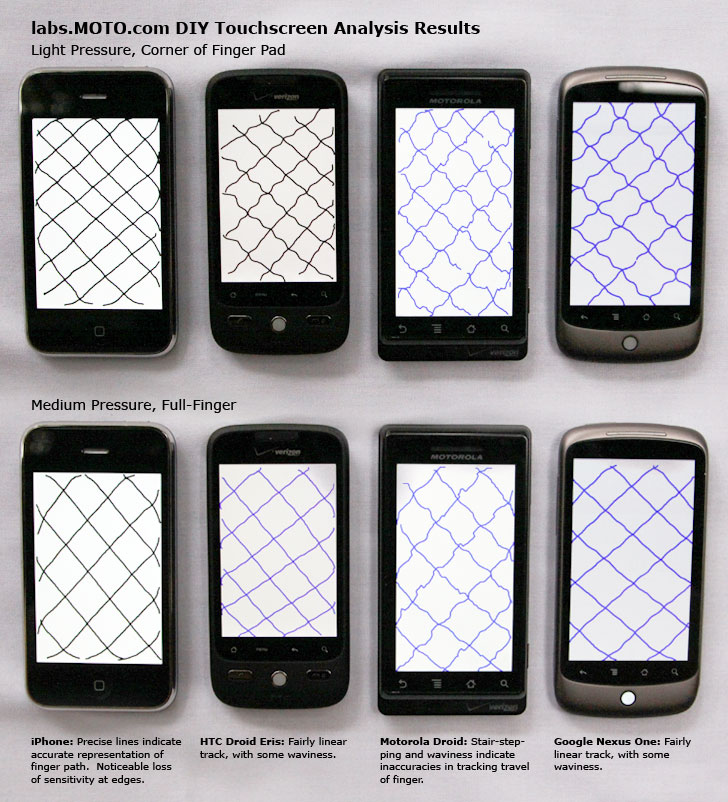 As obvious from the results, the Apple iPhone comes out a winner in this test beating Google Nexus One and other smartphones in terms of touchscreen sensitivity and accuracy. However, the differences faint when the pressure applied is increased.