The games industry is ever increasing each year. We see a tremendous amount of games released in 2008, which gave the gamers plenty amount of fun. Here I will list the top games of 2008 which broke records and set new standards in PC gaming. 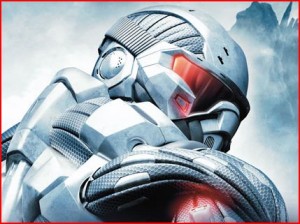 These are the top 5 most anticipated games of 2008:

Grand Theft Auto IV is the ninth installment of the GTA series preceded by GTA San Andreas. The game offers stunning visuals and great gameplay. The game is being anticipated as the game of the year of 2008.

The game is a third person shootout. It is one of the most interactive games ever made where the player is fully effected by his enviorment. This game features a newly designed game city named ‘Liberal City’. The city is very modernized and offer stunning visuals. This game is also facing high critics due to the high system requirements. Even high end systems are struggling to play this game, but this issue might get resolved with time as patches are released.

FallOut 3 is another highly anticipated game. It’s the third installment in the Fallout series. The game is set in the future, the year is 2277 with many different creatures. The thing which seperate this game from this game is highly involved gameplay. The game gives stable frames on any good gaming PC with a decent graphics card.

Crysis Warhead is the second installment of the Crysis series. It has the same gaming engine as the first game with certain improvements, and extends the story of the original version. As compared to the first version, Crysis Warhead has lower system requirements while offering the same adaptive environment and visuals. Crysis is known as the first game to fully deploy DirectX 10 shader Model 4.0.

Left 4 dead is another new game based on Counter Strike engine. Its released by Valve. It also gives a great gameplay due to which it received very good ratings among gaming sites. The game is originally a first person shooter but uses third person camera while doing some acts such as healing or when knocked down etc. The player can play through one of the four survivors and if other players are not available, the rest of the three players is played by computer. The game supports multi-core processors and physics based animations which gives maximum performance and details on current systems.

Far Cry 2 is the second installment of the Far Cry series. Like the previous version of the game, it provides stunning outdoor environment. Specially under DirectX 10, it supports Shader Model 4.0 and HDR Lights which really gives stunning visuals. It gives one of the best outdoor environments ever seen in PC gaming due HDR lights and spectacular vegitation shading.

Do discuss these games, please comment on this review.