It is finally within our grasps, the game that people have been talking about for years. The sequel to the game which has won many game awards, including Game of the year. Skyrim, the home of the Nords will be the setting for the new Elder Scrolls. Hopefully it will be jammed packed full of snow and fantastic mountain scenery. Not much info yet, but we do have a solid release date – 11.11.11 – weird release date (don’t know if it has something to do with Remembrance Day). This game will be a contester for the greatest game of all time in my opinion.

Crysis 2, A Sci-Fi first person shooter game developed by Crytek, is one of the most anticipated games for 2010/2011. Crysis 2 would be the first game to use game engine 3. Not to forget its predecessor, Crysis, that came up with bench-mark setting graphics and excellent game play. Crysis 2 is set in Newyork City, where players are enabled to navigate between floors and building structures, as well as destroy the cityscape. Witnessing creepiness and horrible things that had happened to Newyork city. Nomad is the main character of the game; a super soldier with enhanced combat skills and fascinating tools. Crysis 2 is equipped with freedom of large number of choices including the usage of multiple power modes simultaneously and more tactical warfare, upgraded weapons. The nanosuit has been redesigned to Nanosuit 2; which is the best technological milestone of the mankind with exhilarating new features. See our Crysis 2 review here. 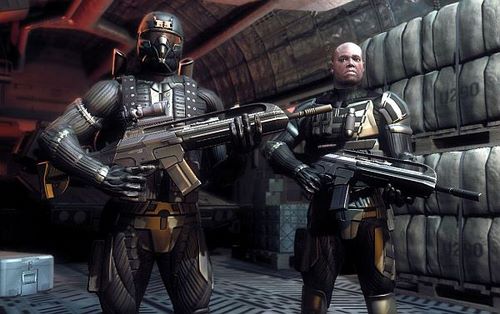 The storyline is still not disclosed. Hoping the story is in continuation from the original game. The developers claim that the new game will come up with catastrophically beautiful graphics. Crysis 2 will run more efficiently then the original game, easily accommodating to lower end computers.

Blizzard has announced to release Diablo 3 next year. Diablo3 is another themed action role playing game which is sequel to the original game Diablo released in 1997. The game is set in the world of sanctuary, a world of dark fantasy which was saved years ago by the unnamed heroes in Diablo 2. The players from the Diablo 2 returns to Sanctuary to confront evil in its many forms. Diablo 3 is the best example of real playing game. Like its predecessor, the player takes the control of a heroic battle to get rid of the world of Diablo the lord of terror engaging in combat with hordes of monsters and challenging bosses. Game has an epic storyline where player gets to journey through different levels ultimately confronting the Diablo.

You can choose character classes and manage variety of spells and equipments. Players will also have the opportunity to explore familiar setting such as Tristram. Players will also encounter several new characters as well as a number of characters from the previous games including Deckard Cain. Like Diablo 2 multiplayers can play the game using Blizzard’s Battle.net service with exciting newly added features. Until now four of the five classes have been unveiled: the Barbarian, the Witch Doctor, the Wizard and the Monk. 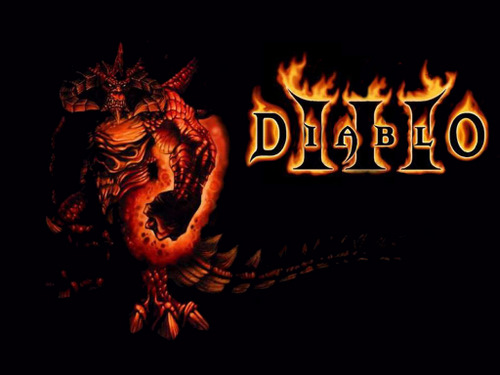 New feature that have been unveiled includes: picking up the gold rather than just touching it, unique health orbs that drop from the enemy, several changes to the quick bar buttons and function keys, Skill Runes; another new skill modifying feature , numerous new spells, pick the desired gender. Diablo 3 is powered by custom 3D game engine; giving a view similar to isometric view used in previous games. Built in a unique 3D environment with exclusive death animations. Diablo 3 engine would be incorporated with Havok physics and features; destructible environment with an in-game damage effects.

Test drive Unlimited 2 is sequel to test drive unlimited. It is a massively open online racing game where players can get online and share their racing thirst with rest of the world. It blends the experience of single and multi-player racing, creating a world of racing challenges. Up to 8 players can join the session at a time which further spice up the racing experience. The game is set in the Mediterranean island of Ibiza with over 2,000 miles of roadway and back roads. The game includes new vehicles with massive customization, striking locations. 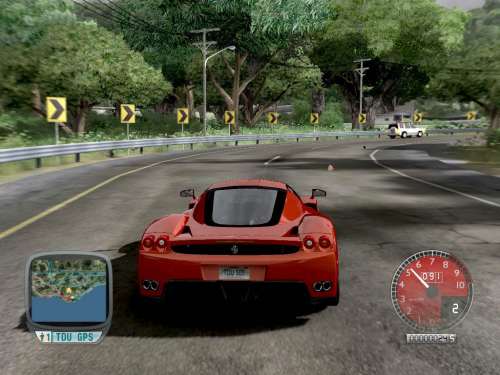 GTA series which is famous for its action, adventure, driving, and occasional role-playing, stealth and racing elements is planning to come up with its new installment in the series ; GTA 5. GTA 5 is expected to be released by the end of 2010 or the beginning of 2011. The game is expected to stay on top of the charts throughout 2011. 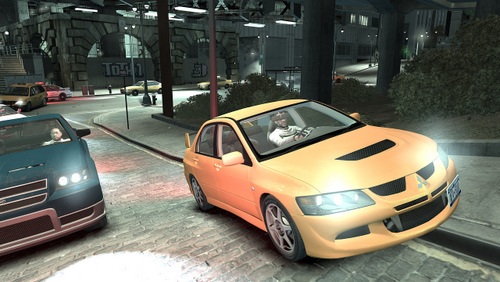 Hitman 5 is to be released by the end of 2010 or the beginning of 2011, taking agent 47 in whole new direction. Also news came via page 17 of an Edios report claiming that the new Hitman 5 is in development. Hitman 5 is the fifth installment in the Hitman game series. It has been confirmed by the IO Community Manager that the game will not follow a story based on the movie.

According to the project director Casey Hudson Mass Effect 3 is in its early stages of development. However, it has been confirmed that game is to be announced by late 2011. Casey Hudson latest interview with MTV revealed certain details about the upcoming Mass effect 3. The game is supposed to have an epic conclusion, which is overwhelming. Hudson also told MTV that there are about 1000 variables that are already lined up for variations in the new chapter. After quantifying the variables in the story line, Hudson has exaggerated the pre release hype for the game. Putting a huge divergence in the final chapter of trilogy would be a remarkable thing to do, from which we can sense more twist in the upcoming game. 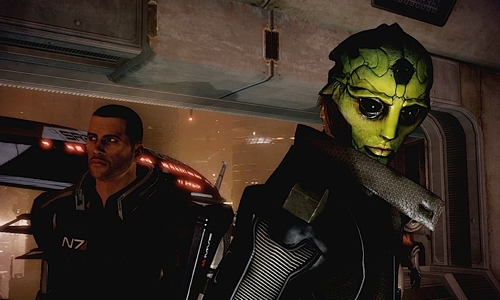 So far revealed, the game is expected to have Richer RPG features, more combat options and more complex enemies. The developers seriously need to work at RPG features and combats as they weren’t very appealing in the ME2. We can expect that ME3 to be an excellent role playing experience, something that was quite missing in the Mass Effect 2.

Rock star games, which are famous for the max Payne, midnight club and grand theft auto are going to release Max Payne 3 in 2011. The game is sequel to Max Payne a shooter video game which was released in the year 2001. A reason of fame for this game is the bullet time mode where the bullet time is slowed down to such an extent that it could be seen with naked eye. 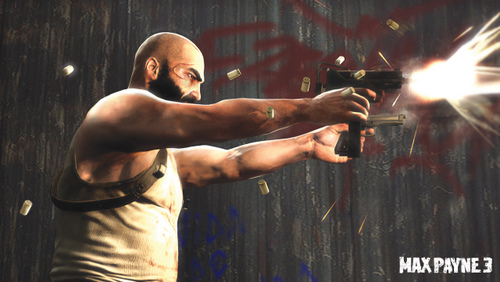 Storyline: Max Payne 3 begins with a new chapter of Max Payne, a New York City police officer who is now 12 years older and he has left NYPD, the guy is shown in new attire where he is bald and he has grown beard. The game will be plotted in Brazil where Max is working for a private security company.

We all have fond memories of Portal, whether they are of extreme happiness after completing a level or punching your computer screen because you kept on failing.I use the word memories because I have never went back to portal after completing it because I knew what to do on every level. But now that Portal 2 is coming out, I can’t wait to fill my mind with new memories! With more puzzles, more levels and more hilarious voice acting it sure will shape up to be a great game. You’ll be jumping through hoops to play it…. (Bad joke). 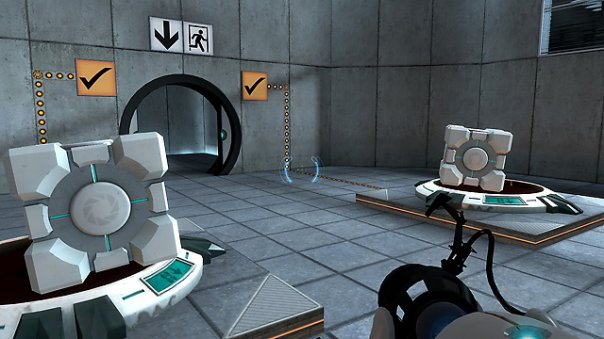 One of the best RPG’s that I have ever played is now going MMO. Many people are calling it the ‘WoW Killer’ and with the exceptional work gone into Biowares other games like The Knights of the Old Republic and Mass Effect it’s hard to see how anything can go wrong. The unique and expansive world of Star Wars is a great gaming environment as we have seen in other attempts to successfully make a good Star Wars MMO. Star Wars Galaxies was the last Star Wars MMO but it failed because of poor player support. 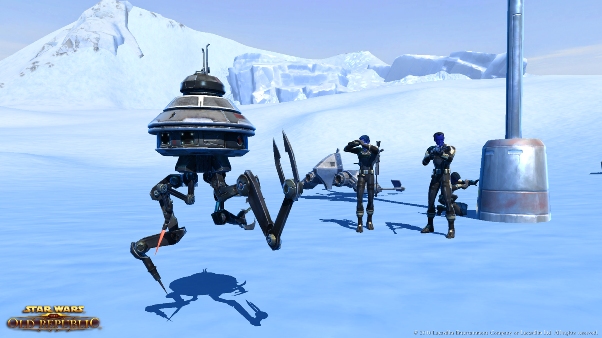 But Bioware, as we all know do have some MMO experience, like Warhammer online, which did have its flaws but was a really great game in my eyes. Bioware are experts in incorporating in depth and enthralling character conversations into their games which is something they have put into Star Wars the Old Republic. The game is due for release in Q1/Q2 of 2011.