The SGI Octane III is a Desktop SuperComputer

We’re used to see large mainframe supercomputers with multiple racks and multi-processor power. These computers does their job preety well, but are not viable to be installed in spaces where size is an issue such as offices, studios and even in homes where large computing power is needed. 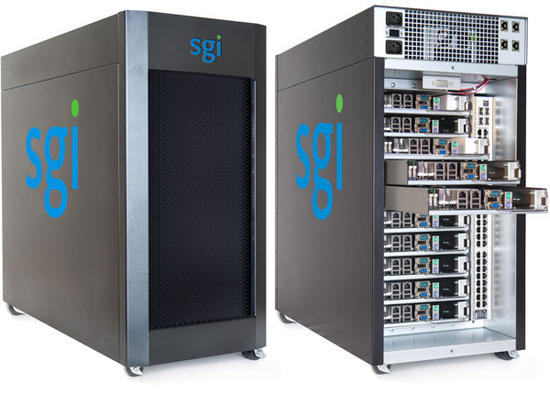 SGI has come with Octane III which compresses super-computing power in Desktop size. The Octane III is handsomely loaded for such a small size, but its not going to give its bigger brothers a run for power. The rig measures 1×2 feet and stuffs a 2.5 inch SATA II 1TB Hard disk. The system shines with processing power with support for up to 80 processors belonging to Intel Xeon 5500, Intel Atom dual core and Intel Xeon 3400 series.

The model is priced at $7,999 which is very competitive given the larger rigs with similar configurations can cost up to twice more. However, heat dissipation might be an issue and cool environments are best recommended for this system.