Fans of the Elder Scrolls series now have a chance to see the new game engine and the exiting features which the game has to offer us. From the shot clip (video at the end) we can see that Bethesda really have put last 5 years since Oblivion to good use. The game looks refreshed and vibrant. The thing that struck me the most while watching the video was the spectacular lighting effects that have been implemented. Whereas Oblivion, although it was an amazing achievement at the time, seemed to lack a little in the lighting and graphics department. 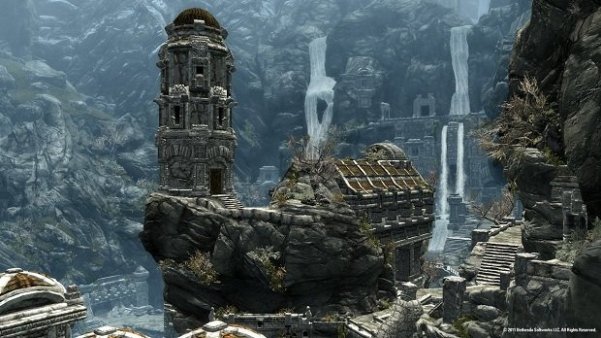 NPCs were another top priority on Bethesda’s list. Oblivion’s NPCs lacked depth and with a somehow strange lack of voice actors meant that the same voices would be droning back at you along with a poor variety of NPC faces and bodies. But as we see from some of the screenshots Bethesda seem to have addressed the matter.

Combat was also another issue that players wanted addressed. In oblivion, melee combat was just constant clicking which left players getting bored while fighting an enemy with a large health pool. This has been confronted by adding ‘Flourish Attacks’ which appear when a player makes a skill full kill and give the player a nice looking visual. 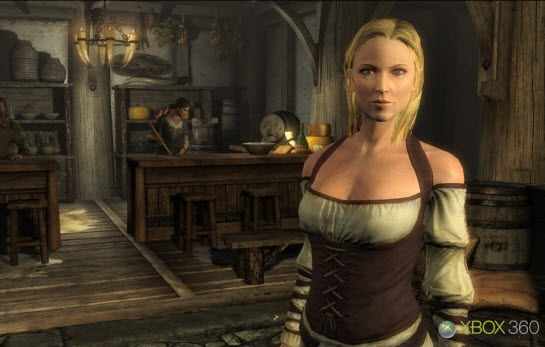 Stealth players may be happy or upset with the news about some combat changes. Arrows are now harder to find, but cause more damage which means that every shot counts. Also, enemies don’t just run at you if they see you while in sneak mode. They will now go into ‘Alert’ mode which gives the player some valuable time in which to hide.

Magic has also become a lot more versatile. Instead of just spewing out constant fireballs until someone is dead – you can now hold down the fire button for a stream of magic, duel wield them or place them on the ground as traps. The new casting system in Skyrim has been inspired by BioShock’s Plasmids. You can also have a sword in one hand and use the other one to cast. But this does not mean you can simply fire bolts of lightning while slashing at an enemy.

One of the most pointless skills in Oblivion – Block – has been revamped. Instead of just holding up your shield players must time their blocks for maximum effectiveness. You can also pull off a shield bash to stagger opponents.

With another nine months to go until the games release there could still be some huge changes to the game. But from what we have to work with now, it is certainly set to be one of the best this year.