The popular social interaction application Skype has been updated to version 5.5 for the Windows client, specifically focusing on providing much better Facebook integration along with numerous other tweaks. 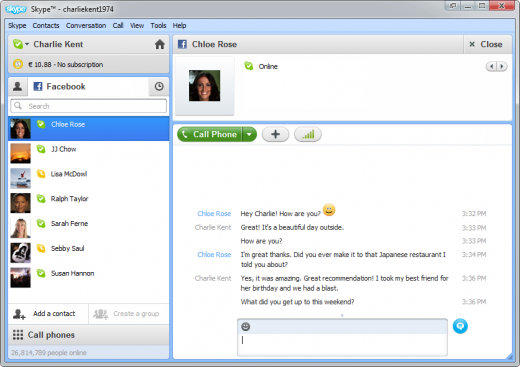 The new addition will allow users to interact with their Facebook buddies directly from their Skype client including user online status and chats. Users are now given the option to “Like” the status of their friends and update your status directly. The other upgrades include much improved video and group calling options, smoother menu animations and new emotions.

The new version is now available for download and Skype is recommending it’s users to update their Windows client to the version 5.5.