The first complete version of the ProSwitcher application for jailbroken iPhones is released. The application made by Ryan Petrich and Chpwn easily switches between backgroud apps in iPhones. 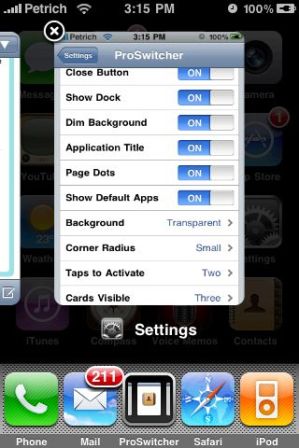 The earlier announced Beta version of the application has now been upgraded to version 1.0. The new application enable switching application in cards mood, similar to Palm Pre. The final version is free, more stable and brings performance improvements. The v1.0 adds capability to activate ProSwitcher each time an application is closed, Zoom Active card feature and rounded corners of the cards besides several bug fixes. 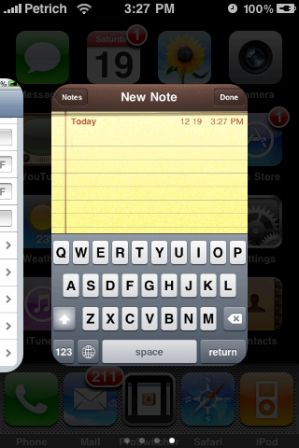 Although there have been some complaints about the application eating a lot of battery, it’s still worth a try. You can download the final version from Cydia repository here.