Onkyo is the next company to arrive with a Nvidia Tegra 2 powered Tablet that runs Google Android 2.2 OS. Although most of the manufacturers are holding their products to be launched at CES this year. However the tablet is embarassingly identical to the models already available from big players. 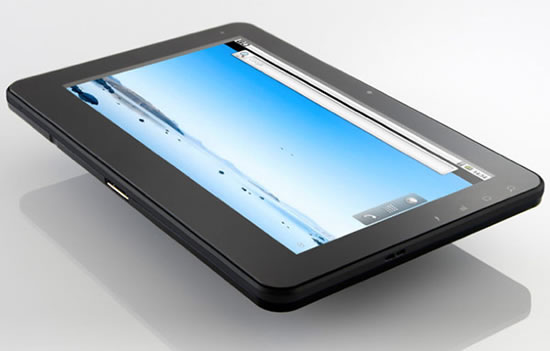 The tablet features a 10.1 inch display with a 1024×768 screen resolution. It runs Nvidia Tegra 2 System on Chip with a 1.0GHz dual-core processor and a dedicated GPU. It also features a 512MB RAM with 8GB expandable flash storage. It will support 802.11 b/g/n Wi-Fi and Bluetooth 2.1 connectivity. The C3 varient packs 1GB RAM and 16GB storage.

These tablets are expected to launch in Japan by the end of December 2010. The pricing and global availability is not available for now, however in the rush of iPad 2, Galaxy S Tablet, Motorola Xoom and RIM’s playback, it might not be missed overseas.