The official release of the Motorola Droid X2 smartphone is out which shows the list of hardware and software configurations along with the different features supported by the flagship smart device by Motorola. Given that the device has already cleared the FCC clearance, the launch is imminent making it one of the fastest smart devices available in the market.

The basic specifications are described below: 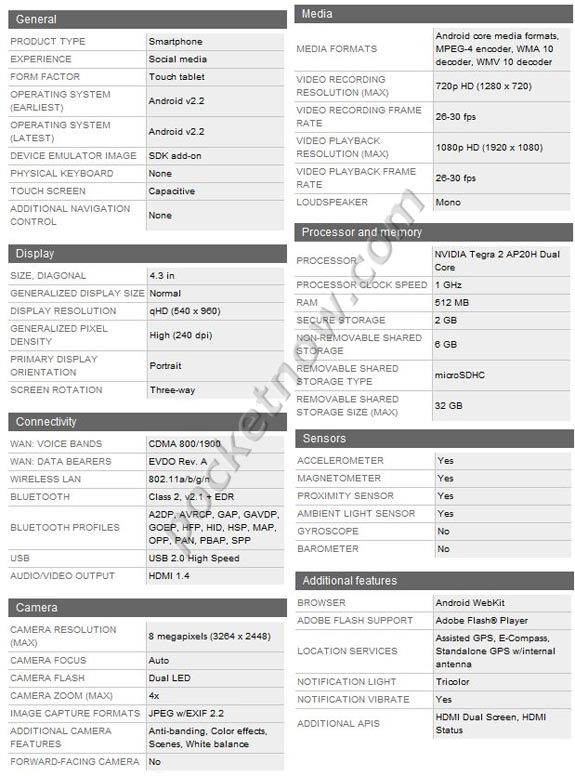