Nvidia has for the first time announced the official release for its Fermi based graphics processors. The Fermi Geforce GTX 480 and GTX 470 are the company’s first DirectX 11 based cards that will be based on Fermi Architecture.

The company announced the release date to be March 26, 2010 via  a Twitter status update. The date conindices with the earlier hint from the company that the new cards will be announced sometime in March 2010. 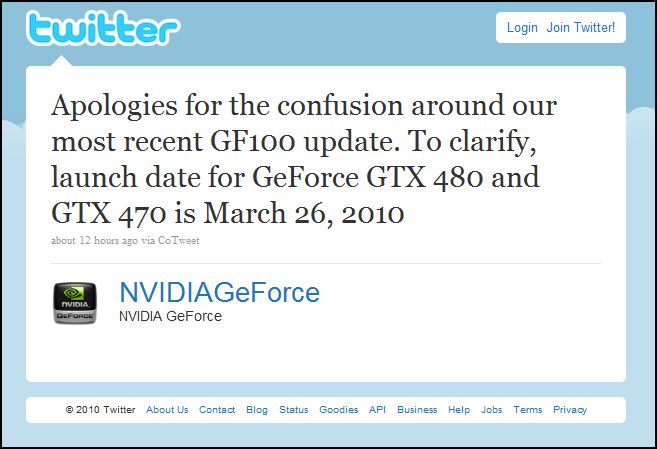 The Nvidia Fermi based GTX 480 is going to hold the flagship for DirectX 11 based cards for the graphics giant. However Nvidia is already late in releasing these cards as AMD released the first DirectX 11 graphics cards several months ago. However the new GPUs are expected to be world’s fastest due to as much as 512 shader cores in the higher models.