Nokia is developing mobile phones for over a decade and now the company is eyeing the high-end smartphone market due to rise of sales and market share in this category. However the company is facing great competition, especially in terms of mobile operating systems. Nokia recently announced Symbian^3 mobile OS alongwith N8 smartphone to compete in the market that is almost saturated with popular iOS, Android OS, BlackBerry OS and soon to be released Windows Phone 7. 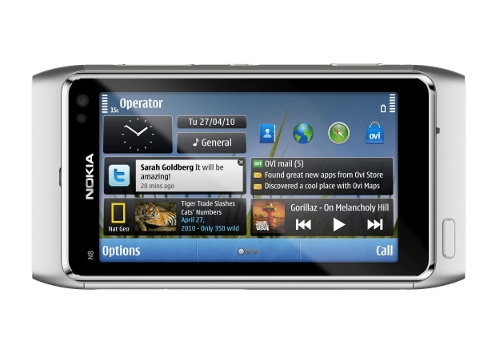 Nokia is certainly not known for developing great mobile software, and it’s mobile market is facing quite a hit due to much advanced software and app stores. However Symbian^3 is made to bring the company back in the smartphone competition. 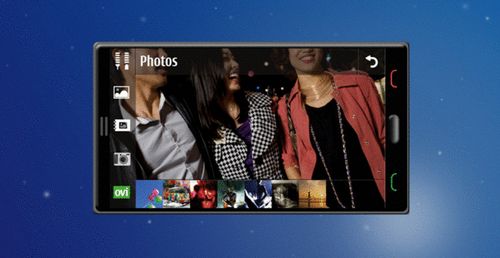 One of the much needed feature with Nokia smatphones was the ability to run multiple applications, something that is flawlessly adopted by the competition. You can hold down the menu button for a while to open the application menu which shows the apps running in the background. The switching between these apps is quick and stutter free.

One of the strongest feature of iOS and Android are their App Stores which offers large number of utilities, games and tools that has created a complete ecosystem. Nokia Ovi is accessible with N8 and Symbian^3 and we don’t see any significant change with the new OS. Nokia has to improve in this area considerably.

The Symbian^3 presents plethora of changes when compared with previous versions including option for screen customization. The OS offers three home screens by default which can be customized by the user to place their favorite applications and shortcuts. The feature seems to be copied from Android, but offer smooth transition between the screens and easy accessibility.

The widgets area gives space for six slots which can be customized by touching a slot for a few seconds and then select from the available widgets. The popular widgets include Email, FM Radio, Music Player, Notifications, Search, Social Networking and Clock.

The Symbian^3 OS and Nokia N8 smartphone presents a much better experience, especially quick response, higher resolution media support and added customization. However the OS is still behind the competition due to lack of application support. We expect to see some more changes with the final release.