The next installment of the Call of Duty: Black Ops DLC will be released on May 3rd and will feature 4 new map packs and an extra zombie map for players to sink their teeth into.

There is little known about the DLC except from the names of the maps, which are called ‘Zoo’, ‘Convoy’, ‘Hotel’ and ‘Stockpile’. The zombie content is titled ‘Call of the Dead’. If the release dates follow suit, Xbox users should get the DLC on May 3rd, one month earlier than PS3 owners. PC gamers will have to wait even longer. 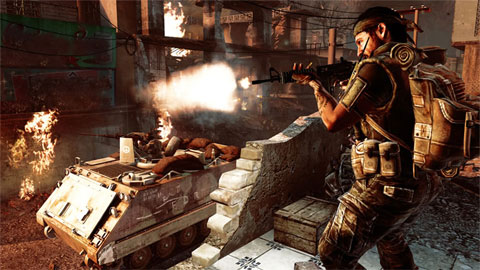 In crafting the Escalation multiplayer maps – Zoo, Convoy, Hotel and Stockpile – the team developed them to be distinct experiences in their own right, giving players the variety they crave in both setting and gameplay. And I don’t want to spoil any surprises for Zombies fans, but Call of the Dead takes it to a whole new level.

With First Strike breaking records for the ‘most downloaded title in history’ with over 1.4 million sold in 24 hours it won’t be a surprise if Escalation smashes some records again. Source: Metro UK