I remember MSN having the same old theme for there website portal since my very childhood, and if I am not wrong it’s like more than 10 years that we have been seeing the same old theme. Recently MSN has decided to go for a change and adapt a new theme, according to the officials the new theme will include fewer link, and dedicated column for the social networking websites like twitter and facebook.

According to a Microsoft spokesperson the MSN home page receives 600 million customers worldwide every month, nearly 100 million in the U.S. alone. The new home page has 50 percent fewer links, and is focused on providing access to the information and services people care about most. The new website theme will carry links in to five major categories news, entertainment, sports, money and life style. MSN would be outsourcing the content from MSNBC and Fox sports. 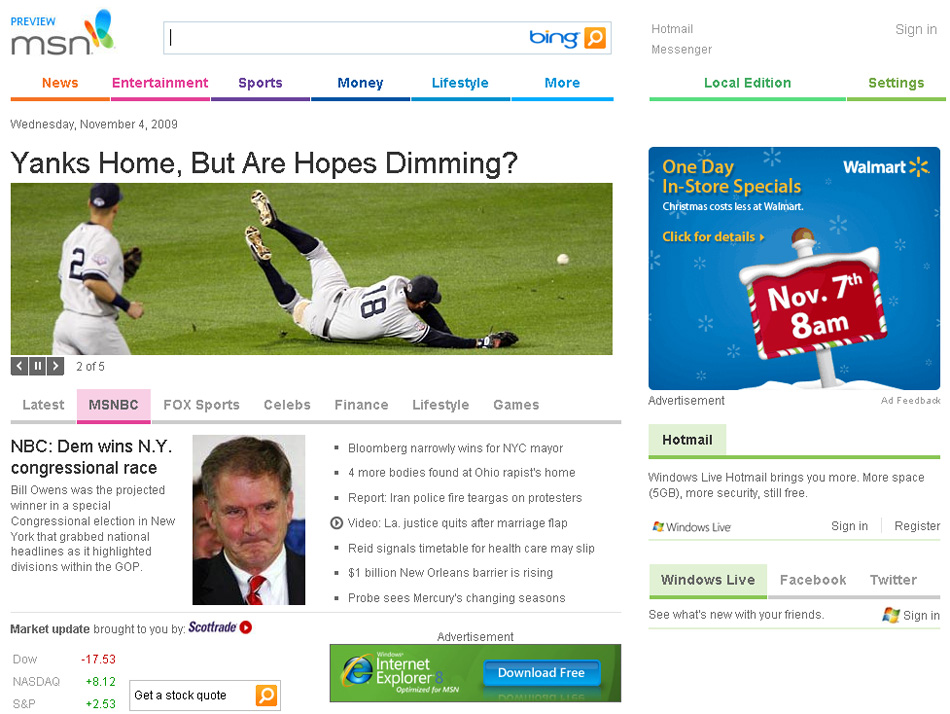 “More than half of people online start their sessions on sites like MSN and they told us they want simplicity – yet still want the latest information and their favorite services delivered together,” said Lisa Gurry, senior director at MSN.

The main objective of the new theme would be to generate more traffic to its Bing search engine, which was launched as a competitor to Google. MSN logo has also been redrawn to more closely resemble that of Bing. I am not sure about this new theme helping Bing grabbing some of the Google traffic; however, I am sure that this would be a healthy change for the MSN users.

MSN users would be able to see the new look in 2010. Preview New Theme