Motorola released its much anticipated Xoom tablet just weeks before the Apple’s new iPad 2 tablet. Both of the devices feature the next generation of hardware and software and currently represent the best devices available in the market. We’ve made a small comparison that scales the specifications of the devices against each other helping you decide the tablet of your choice. 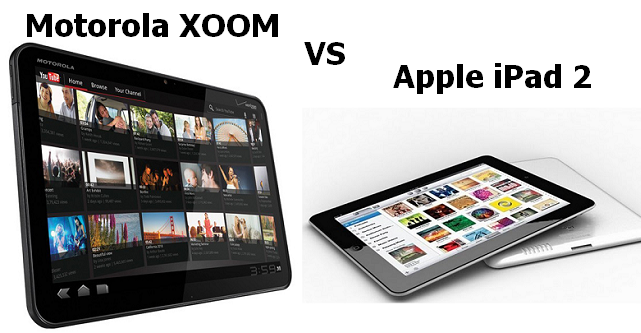 The following table compares the key features of the two tablets.

Interestingly, the Motorola Xoom is priced higher than Apple’s iPad 2 while we see no major jump in specifications. We might see Motorola slashing the prices of its device in the coming weeks.