Motorola has unveiled it’s Xoom tablet at CES 2011 that claims to be one step ahead when compared to similar products in the market. The tablet comes fresh with the newly announced Android 3.0 Honeycomb OS coupled with Nvidia Tegra 2 SoC to provide much better entertainment and productivity features. Here are the detailed specifications of the device. 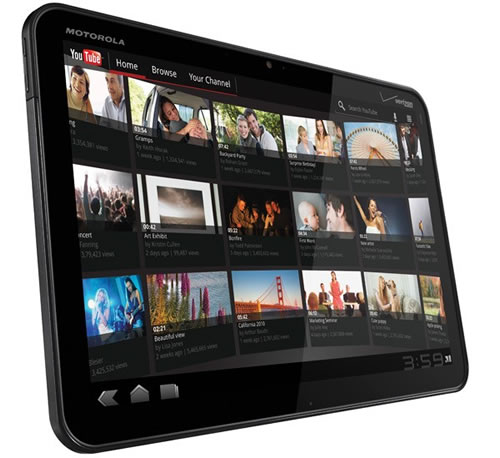 The key features of the netbook are the Android 3.0 Honeycomb OS which is especially designed to run on tablets as opposed to the earlier versions which would run of smartphones as well. The new OS will make use of the larger screens of the tablets to display more content than before. This coupled with the dual-core SoC from Nvidia with a much powerful graphics solution will make multimedia a much fun experience. We could expect some new games titles as well which could take advantage of the advanced computation power on the device.

As clear from the specifications, the tablet is going to one step ahead than the solutions available in the market. Since the release of Apple iPad 2 is near, we’re expecting that the Motorola Xoom will be available for release around the same time. The prices details are yet to be released while the tablet expects release sometime next month.