Minecraft gets an Official Release Date

Gaming’s hot new indie game which has already sold a million copies and has earned over £20 million in revenue will finally lose its ‘beta’ status on November 11 this year.

However, creator Markus Persson admits that it is not really a ‘release’ since the game keeps getting updates every now and then.

It’s a bit tricky to really do a release for Minecraft as we keep updating it all the time. For one, the version we deem as the “full version” won’t be very different at all from what the game was like a week ago, and we’ll keep adding features after the release as well, so it’s really more of a milestone when we finally get rid of the Beta label, and some kind of goal for us to work towards. 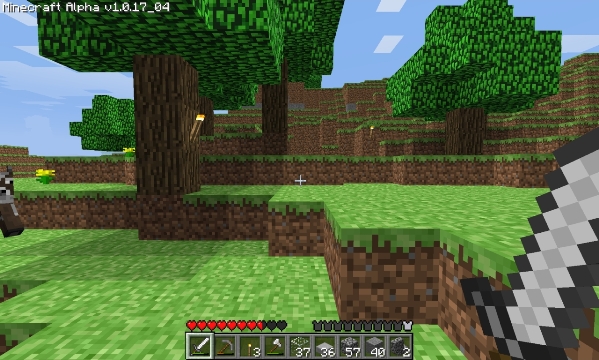 He also said that he is ‘most excited about’ the new RPG Elder Scrolls Skyrim which is being released on the same day as Minecraft. He then went on to say that there will be a major update to the game which should arrive later next week and will include new weather effects.

There’s periodic downfall (snow in snowy areas, rain in others, nothing in deserts) that make the sky darker, hides the sun, moon and stars, and makes everything wet. Ice grows back in cold regions, and snowfall covers the ground when it’s snowing. During rain/snow, there can be occasional thunderstorms with lightning.

The company behind Minecraft, Mojang, is currently developing their next game called Scrolls which is a “game we envisioned had elements from the collectible card game genre as well as from traditional board games. It would be a strategic game with a strong foundation in tactical game play but with a touch of random and chance guaranteeing a never-ending stream of curve balls.” Learn more about Scrolls. [Source]