Microsoft has released Silverlight 4.0 that is now available for download at the product website. The new version came just five days after the release of Adobe’s Flash CS5 Professional suite. 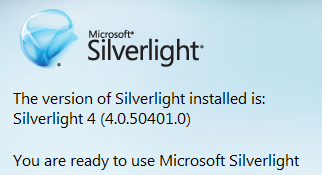 The new version is expected to include features such as full-HD playback and GPU acceleration, just as seen in Flash 10.1. However the details for the new changes are not released for now.

The new version can be downloaded directly from here.