The Apple iOS 4.2.1 was released this week (currently in GM)  for all the compatible devices including iPhone 4, 3GS, 3G, iPad and iPod Touch. The new firmware 4.2.1 can now be jailbroken using Redsn0w 0.9.6b3 that is available for both Windows and Mac. Follow the guide below to proceed with the jailbreak. 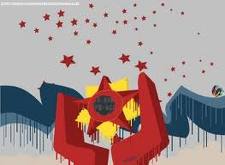 However due to some compatibility  issues, Cydia will not run for now. The future versions of Redsn0w will fully support the new firmware. Until then, you can access and install jailbroken apps through SSH and SSL. If you wish to access Cydia, wait for the public release of the iOS 4.2.1. This regard is targeted at developers to help them test their applications on the new iOS.

Warning: This procedure will update your baseband. If you rely on an unlock, do not use this procedure as your device might become locked forever.

Stay tuned to catch the guide to jailbreak iOS 4.2.1 public release as soon as it arrives.