Is your system ready to run Windows 7?

Microsoft is finalizing Windows 7 development, which is expected to release by the end of this year. The Release Candidate 1 is released recently which can now be download freely. Although the hardware requirements for Windows 7 is released, it’s still difficult for people to compare specs. If you’re running Windows Vista smoothly, you’re probably all set to run Windows 7. However, Microsoft has recently released a new tool to automatically detect your system hardware/software and predicts if your system’s ready for Windows 7. 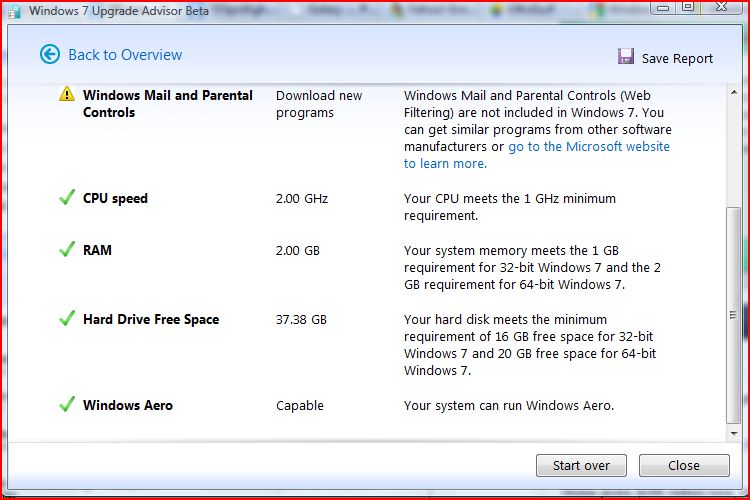 The newly released Windows 7 Upgrade Advisor automatically detects system specifications, and compare it with Windows 7 requirements. It compares your processor,  memory, Hard Disk space, Graphics chip, etc and generates a report to determine if your system is compatible or not. If some component is not compatible, it gives suggestions and warnings about updating or upgrading that component. Thus it will make Windows 7 upgrade hassle free for most of the people. The utility will work both in WindowsVista and Windows XP and is available free for Download.