Just after the announcement of iPad 2 last week, we are beginning to hear rumors surrounding the release of the upcoming iPhone 5. Although the complete list of features and specifications are yet unknown, there has been news regarding the all new design especially made to protect against antenna signal issues as well as Aluminium back cover. 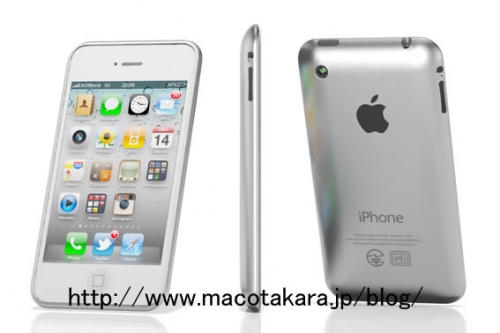 Although this news is yet to be confirmed from sources inside Apple, we can definitely see a change in design, especially to completely dispel the antenna issues with iPhone 4. The Cupertino based company might be considering an all aluminium shell such as the case with iPad 2 to eradicate such issues.

The iPhone 5 will supposedly also feature the Apple’s A5 chip which supports dual-core processor, much faster graphics capability and great energy saving features. The release will also be supported with the iOS 5 release which would bring a major shift since the release of iOS 4 in summer last year.

Keep your fingers crossed and stay tuned to catch the latest updates on the upcoming iPhone 5 and other similar gadgets as soon as they arrive.