I must say that Apple fans have been expecting a mind boggling iPhone 5 since the release of even the current iPhone 4S. It is supposed to be a major update in terms of design and features. The iPad 3 is also expected by the end of first quarter of year 2012 becoming major releases from Apple after the death of the late Steve Jobs. 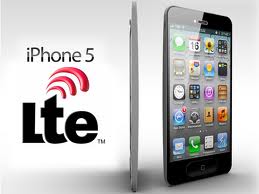 When iPhone 4S was released last year, it received a mixed response from users worldwide in satisfaction and meeting requirements. There was a long debate on whether or not it is worth switching to the new iPhone, especially after it followed the same design, though faster performance. Though the expectations for an iPhone 5 has been developing for sometime now and we believe that Apple is getting ready to startle it’s fan base once again.

These days the rumors for the specification for the upcoming iPhone 5 and iPad 3 have started; some features such as LTE support. Another new expected product is Apple iTV High Definition TVs which, according to rumors,  is already under production at Sharp Factories in Japan. Hence Apple is expanding it’s electronics businesses by moving into new arenas, especially in the wake of shifting technologies in TV industry.

In all, we can assume that Apple is going to have an interesting 2012. Keep subscribed to catch more information as soon as they arrive.