This summer’s huge blockbuster, Inception, was praised by critics with having a smart and innovative story, as well a great cast which featured Leonardo DiCaprio and great music by Hans Zimmer. This week, the film’s director, Chris Nolan has confirmed that there will be a game released based on the world of his latest and greatest film; Inception.

Nolan said in an interview with Entertainment Weekly that:

I always imagined Inception to be a world where a lot of other stories could take place. At the moment, the only direction we’re channeling that is by developing a video game set in the world. 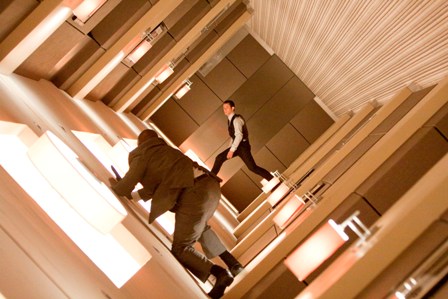 The announcement does not however tell us whether the game will be based on the story of Inception as Nolan states that it is “a world where a lot of other stories could take place”. This hints that the game will not follow the story and may just shadow the effects and landscape in the movie. This may also mean that the game may be better than expected, due to the fact that movie games are usually not the best, so this opens the game up to lots of new possibilities. The game is still in development and has no release date but I think we can all say that this could grow into an incredibly imaginative and inventive game.