How to Copy Music, Photos and iBooks from iPhone / iPad to Computer without iTunes

One is the most needed feature by an iOS device user including iPhone, iPod Touch or iPad is the ability to copy music, videos, photos and books directly from your device to your computer without the need of iTunes. This is now possible with software called iRip for Mac which easily lets you copy your downloaded content that can later be copied to other media. 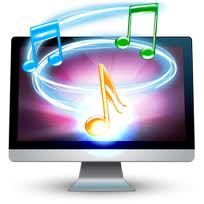 The iRip 2 is available for Mac and can extract almost all iPhone content including audiobooks, ringtones and playlists besides the common multimedia. The software shares the simple and elegant interface similar to iTunes and neatly displays your library content.

It also supports the ability to playback the audio and video and displays pictures before copying them to your computer which makes it easy to select between a large collections which makes it the only software of it’s kind. It is not yet available for Windows users.

It’s a paid software, though a free trail is available which allows up to 50 transfers.