Some details regarding Google Nexus One has been released. The upcoming Google Phone lacks mutitouch support and comes with a removable 4GB microSD card. 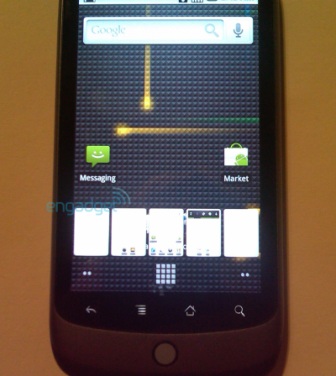 According to the sources, the smartphone offers snappy performance, that might indicate the presence of the Snapdragon based processor. The smartphone lacks support for mutitouch input, something present in the new generation smarphones, including iPhone 3GS. This will decrease application support and might even make typing difficult on the on-screen keyboard. As earlier indicated, the Google Phone will be running Android 2.1 OS. There will be a 1400mAh battery, an OLED screen, 3.5mm headphone jack and a micro-USB connector.

However it is confirmed that the phone is unlocked and can support nearly all carriers. The camera offers acceptable picture quality and there are some gold contacts at the base of the phone which are probably for docking.

Stay connected for more updates regarding Google Nexus One.