Future mobile phones to have one common charger

Recently ITU (International Telecommunication Union) has approved a universal mobile charger; this charger will work with any of your cell phone. I call it a simple and smart solution to mobile charger problems. It is estimated that each year 51,000 tones of different chargers are generated. It’s very obvious that the chargers are changed with the change in the mobile devices, but now with the universal charger people won’t have to do that.

Previously we saw another solution to the problem that a charger will single input has output of all famous company standards. This way one charger can be used for every device. However this is a better solution that all mobile phones should have one common input standard for charging like USB standard.

“Every mobile phone user will benefit from the new Universal Charging Solution (UCS), which enables the same charger to be used for all future handsets, regardless of make and model,” the ITU said in a statement on Thursday. These universal chargers would be energy efficient and also environment friendly, as they would reduce the green house gas emission up to 13.6m tones. “This is a significant step in reducing the environmental impact of mobile charging,” said Malcolm Johnson, director of ITU’s Telecommunication Standardization Bureau. 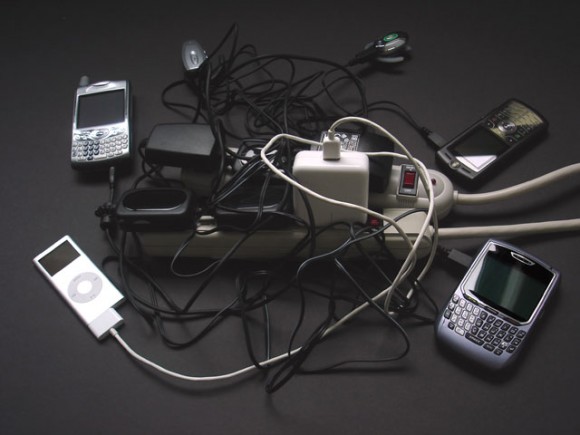 The mechanism of these chargers is basically based on the Micro-USB port, the same port that is available at the digital cameras. Some manufactures might also provide the function ability to detach the cable from the adapter and charge it directly from the computers USB port. It won’t be compulsory for the mobile manufacturers to adopt these chargers. However some of the manufactures have already signed for it including Motorola, Nokia, Apple, Sony Ericsson, LG, NEC, Qualcomm, Research in Motion, Samsung and Texas Instruments.

The chargers would be launched in the first half of 2010 and would be roll out with new products.