Developer of Minecraft, Mojang, has announced that it will be introducing a licensing deal that will allow mod developers to download the source code for the game.

Markus “Notch” Persson then went onto explain that players will be able to sign up for a ‘mod developer’ account which would enable other players to see which developers produced each mod that they play. ‘Mod Developer’ accounts will also receive a unique certificate for signing their mods.

Developers who receive an account must only create their mods to be playable for people who have bought a legal version of the game and cannot sell the mods they develop unless otherwise specified by Mojang.

The terms and conditions statement also said that, “We retain the right to use your mod idea and implement it ourselves in Minecraft. This is to prevent the situation where we have to avoid adding a feature just because there’s a mod out there that does something similar. It’s also great for dealing with bug fixes provided by the community.” 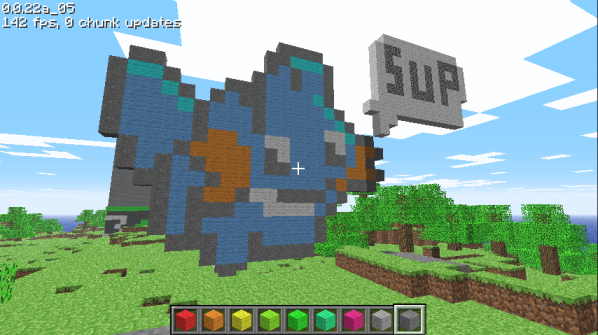 The licence was originally going to cost money but after Persson noticed that Minecraft gamers were getting a little confused with the accounts he changed his mind an announced that the ‘mod accounts’ will be free.

“In the long term, we hope this means people will do awesome new things with the Minecraft engine and play around with it,” he said.

He also said some very interesting things such as the possibility of a ‘mod marketplace’ where players could buy and sell mods. Or that Mojang would purchase the mods themselves and “fit them into the main theme of Minecraft.” If you’re a budding modder this could certainly be a chance for you to show off your skills and earn a bit of money doing it. [via gamasutra]

Check out: Ace of Spades – The Minecraft FPS