According to a recent benchmark, GPGPU capability of the Flash Player 10.1 gives it a large advantage over HTML5. The might mean that Adobe’s Flash will not see extinction due to HTML5, thanks to the embedded GPU acceleration support. However detailed benchmark will reveal more. 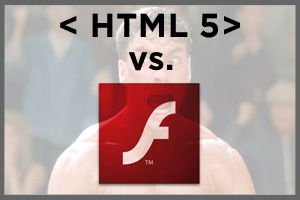 The results suggests the HTML5 provides better results than Flash player 10.1 in few scenarios, especially when running on Apple Macs. This is due to lousy Flash support as well as no GPU acceleration capability from the Safari browser. However, under Windows environment and using Mozilla Firefox and Google Chrome, the results are a complete different story. Without the GPU acceleration (using Flash Player 10.0), the HTML5 and Flash provides almost identical performance while playing streaming media.

However, once the GPU acceleration is enabled on the Windows based PC, the Flash Player 10.1 seems to consume almost 200%-400% less CPU resources as compared to HTML5. This is because of the advanced GPGPU capabilities of the Flash Player 10.1 which utilizes the host computer’s GPU to offload media decoding.

Adobe Flash is already being used by majority of the streaming media websites including Youtube, Hulu and DailyMotion. Thus unless HTML5 extends its capabilities and utilizes GPGPU techniques to accelerate streaming media, its future is cloudy.

Apple is clearly supporting HTML5 for streaming media as an alternative to Flash Player. However Apple’s argument that HTML5 uses less resources than Flash Player can be questioned. The Flash support has also been dropped on the upcoming Apple iPad which will rely on HTML5 for the playback of streaming media. 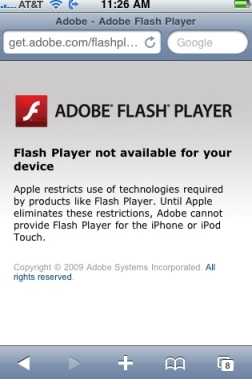 Stay in touch for a detailed benchmark comparison of HTML5 and Flash player.