EMTEC has recently released their G-Top Box which uses Nvidia’s Ion platform. It’s another of those slim nettops which uses the Nvidia’s Ion due to its high performance in video decoding and a very small form factor. This enables G-Top Box to have a light and attractive design. Lets’s discover how good it works. 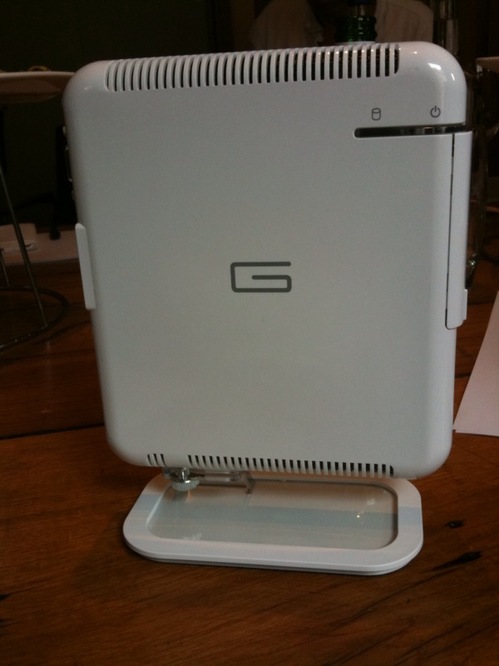 The device can be termed as the world’s smallest desktop. The nettop is small device over a mount, which can also be connected to the back of a TV. The bad news is that the device doesnt has a HDMI port yet, which makes it useless to be connected to HD TVs. However, with the standard VGA connector, it can be connected to a standard monitor to run Windows and even playing HD content with ease, as well as light gaming, thanks to the on board Nvidia Geforce 9400M which supports full HD decoding. EMTEC however promised that an HDMI version would be coming soon. The new G-Top would be a nice addition to the nettop market, especially after it gets the HDMI support. The initial specifications includes:

The suggested price of this device is going to be around $293 (£179) which is below range for these products. The HDMI version will soon follow, that might be a little highly priced. However, EMTEC G-Top Box still offers a nice combination of a portable console which has a potential of a complete computer as well as the ability to decode HD content with ease. 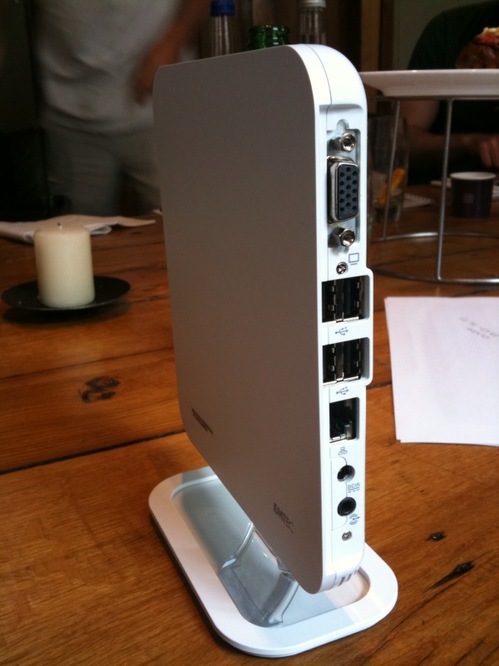