EA confident to beat Call of Duty with Battlefield 3

EA really are convinced that Battlefield 3 will be a Call of Duty beater. EA CEO John Riccitiello spoke yesterday at the Ad Age Digital Conference:

This November, we’re launching Battlefield 3. It’s going up against the next Call of Duty, which is presently the #1 game in the game industry, a game that last year did $400 million dollars in revenue on day one, (Battlefield 3) is designed to take that game down.

He then went on to say: “There will be a couple hundred million dollars of marketing against these two products going head to head. We think we have the better product.”

Remember John, not all games sell well because of good advertising. If you make a high quality game people will buy it, tell their friends and then they’ll buy it. Just because you spend a couple hundred million on a game doesn’t mean that it’s a good game. If you make it good then it will take that number one spot. 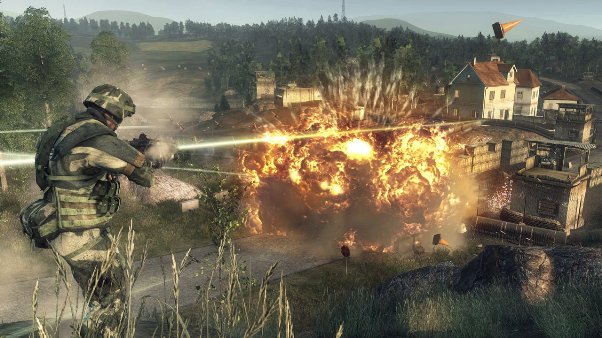 One other thing you have to remember is that Infinity Ward made nothing other than FPS games. EA on the other hand make a variety of different games. EA have also been behind Crysis 2 and Medal of Honor meaning their budgeting is spread along with their staff too.

When I hear the name ‘Battlefield’ my mind immediately jumps back to the time when DICE focused on their other games like 1942, 2142 and Vietnam. They need to go back to their roots to produce the high quality games they once did. And EA needs to focus a little and stop being the ‘jack of all trades, master of none’. [Source: IGN]