Apple has introduced iOS 4.2 update for Apple TV beside firmware 4.2.1 for iPad, iPhone and iPod Touch. The software update will provide support for AirPlay to allows to stream content from iPad, iPhone or iPod Touch directly to your Apple TV. 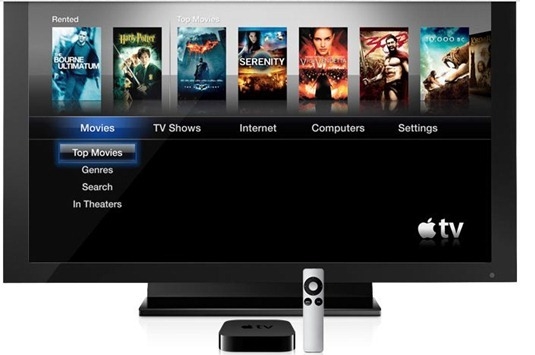 At the release, Apple announced, “The big new feature in the update today is support for AirPlay, a new Apple technology that allows devices running iOS 4.2 or Macs and PCs running iTunes 10 to stream video over a local network and have it played back on a TV set via the Apple TV.”

This would mean much more flexibility to the users of Apple TV as they can now stream their favorite movies, videos, podcasts etc directly from their portable iDevice.

The following video by MacWorld demonstrates the new update and AirPlay.