The detailed specifications of the upcoming Apple iSlate has been leaked on the web that suggests 7.1-inch multi-touch screen and Mac OS X Clouded Leapard based tablet. However, these speculations have not been confirmed from Apple or other reliable sources. 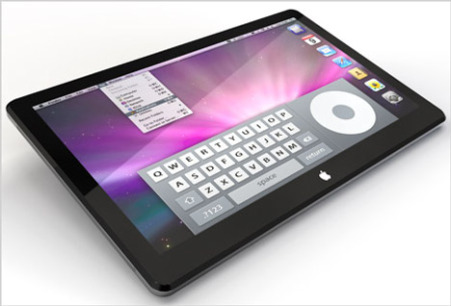 According to the documents released at phonearena, the Apple iSlate comes with Intel Core 2 Duo 2.26GHz processor with 2GB DDR3 RAM and a 120GB Hard disk encased in a precision Aluminum body. There is also an indication of a built-in projector with the device. However, these specifications are not confirmed by any reliable sources for now. The specification will be confirmed after the official announcement of Apple iSlate on 26th January.

Here is a copy of the leaked document: 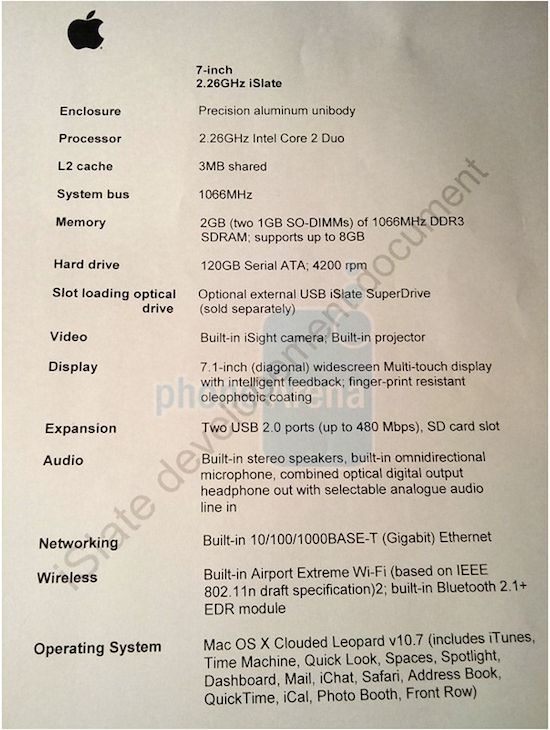 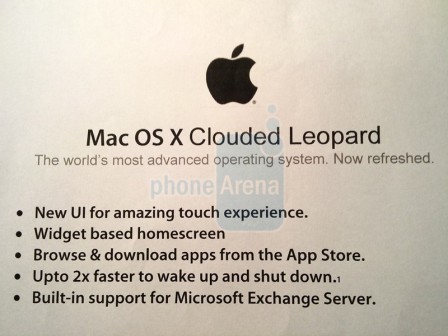