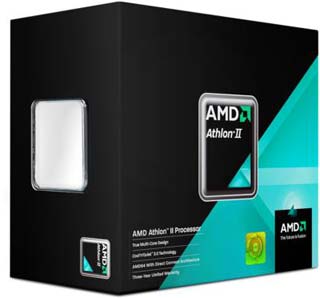 The two new processors are supported on mainstream AMD chipsets, and when combined with compatible motherboard and graphics gives good desktop and gaming performance.

These new processors are target at value market segment with release price of less than 67 USD. At this low price, the new processors will provide multi-tasking performance to handle most tasks with ease. They are powerful enough to run Windows Vista and Windows 7 and can be used even for advanced tasks such as Video and Audio Encoding. Right after their release, they’ve become processors to offer best price / performance ratio.

The new AMD Athlon II X2 245 and 240 are available at the speeds of 2.90 GHz and 2.80 GHz respectively. At these high speeds with dual cores, along with 45 nm process size fr increased system stability and low power consumption, the new processors will provide enhanced performance, especially when compared similar speed processors from Intel which costs twice more.