You can enable LTE on Nexus 4, here is how you do it

When Nexus 4 appeared before our eyes, everyone was a little skeptical about the phone, but since it’s official release and a very reasonable price tag of $300, the phone flew off the shelves in less than an hour. Still, besides the premium hardware and price, the phone was hammered due to the lack of 4G LTE, now we don’t mind it at all, because we don’t even have 3G networks here, but still the phone was torn a part due to this. Good news came in when Anandtech revealed that NEXUS 4 does indeed carry the hardware for LTE network, it’s just the amplifiers and the filters which are missing, surely enough, this gave people at XDA an excellent opportunity to show off their skills. 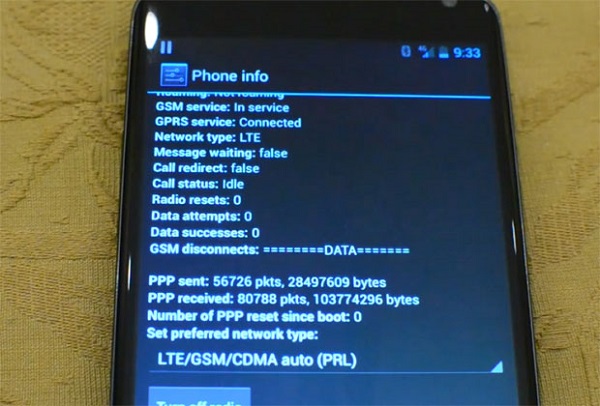 So, without further to do, if you want LTE running on your brand new Nexus 4, there just might be hope for it, you might have to move to Canada though. Since the LTE chip in the Nexus 4 lacks amplifiers and filters, it will only work at certain frequencies which are LTE Band 4 (2100/1700 MHz),  and as mentioned, only Canada as we know uses that frequency to channel 4g connectivity. So, if you are in Canada and have a Nexus 4, follow these simple steps to activate the exploit:

Step 3: Change the options from WCDMA to LTE.

And that is pretty much it, there is a video of Nexus 4 running the OS: