We are here again to show you freshly leaked screenshots from Windows 8 M1 build 7850 showing renovated Task Manager. One thing clear from this and previous leaks is that Microsoft is working to add many new features as well as user experience in their next Windows release.

The renovated Task Manager named as the ‘Modern Windows Task Manager’ is believed to have a new innovative way of ‘Ending the process’ using touch, according to the rumors. Our source, MaximumPC, has also pointed out that the Modern Task Manager is a combination of Task Manager and Windows Resource Monitor packed into a lucrative UI. 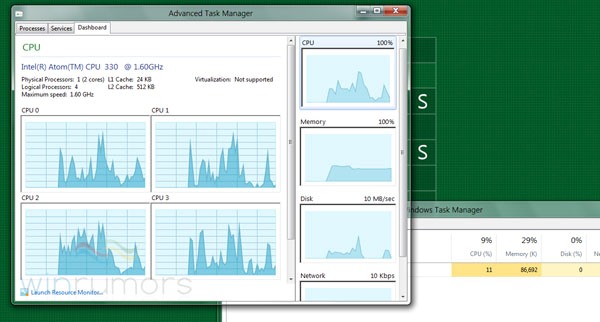 The next generation Task Manager will also combine all your processes into groups such as Applications, Background Programs, Windows System-Critical Programs and maybe more. This will help user to identify which task should he be killing and where not to put his nose (although, this only for a beginner level user). 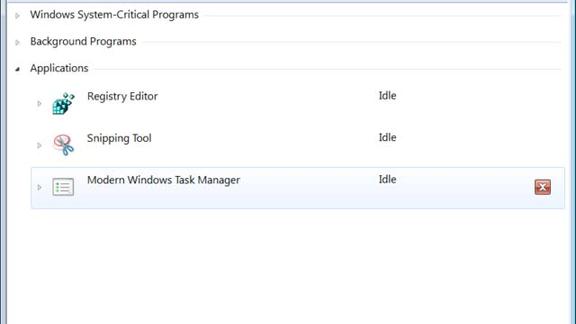 It appears from the leaked screenshots that old green graphs in black background have been changed to more eye-soothing visuals. There also more information added with each process to help you better analyze the performance. Let’s keep our fingers crossed at such leaks till the official Windows 8 Release.