Windows 8 Expected to Release by mid 2012

Rumors about Microsoft releasing Windows 8 in 2011 couldn’t be confirmed by any reliable source, so we’ll take that just as rumor. Also back in 2010 Microsoft, officially, announced that ‘it will take another two years before Windows 8 in the market’. According to the sources the windows is in it’s M3 stage (milestone 3) and a build version 7971.0.110324-1900 is available to OEMs. According to a top comment at engadget; the next generation UI will be cooked by the end of this summer allowing the Windows 8 to go into beta stage. At that time it will be available to testing companies and soon after that an RC version will be out in the market. 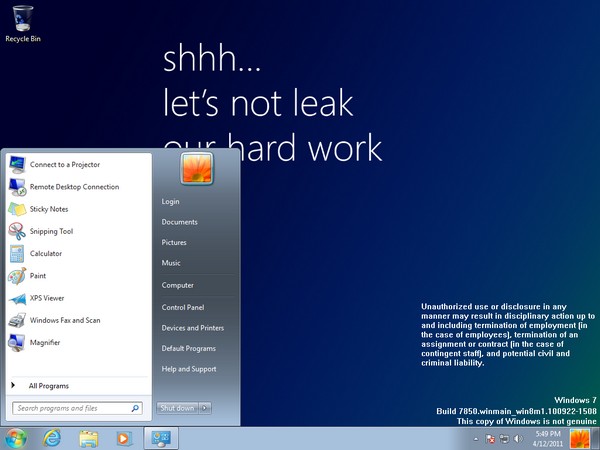 Although Microsoft is currently working at M3 stage, a  reliable source has confirmed that the build 7850 (final M1) is available for download. This build will not have pretty much to offer; if you really wish to see what the newer version has for you be patient till M3 final build becomes available on public sites.