Now you don’t have to convert every video before putting it to your iPad, as VLC Media Player app available for iPad plays almost every video file. The only requirements for this application is iOS 3.2 or higher on your iPad. The VLC Media Player app provides a very simple interface, just like Apple’s official app for YouTube, so that you get the maximum video experience. 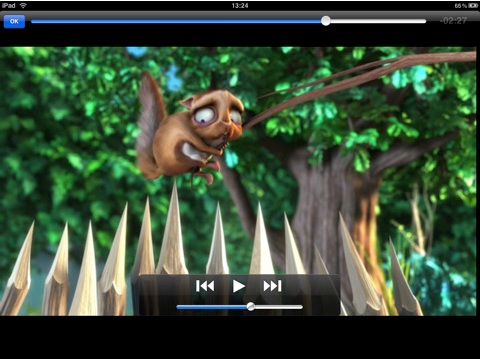 Let me quote a comment by Ben Tesser (an ordinary user) that: “The ability to watch torrent downloaded movies without converting first: PRICELESS. There are some people who buy movies from the app store. For everyone else, there’s VLC”. Although this app will open doors to things that Apple don’t want you to be doing with your iDevices, but seeing Windows Phone 7 and Android devices unleashing their charm on users, Apple had to allow such apps to make iPad more of a general purpose PC.

Apple’s lenient behavior in making iPhone and iPad more free-and-fair devices such as allowing flash support, allowing Google Voice App and now VLC to play every video format opens a new door for developers. Developers will now be more confident in coding those apps that are in benefit of users, not the Apple. The app can be downloaded from iTunes for free.