Earlier we got a hint that the iPhone 4g will support video calls using front camera through carrier’s network. However it seems that you can get that feeling on your iPhone 3G and 3GS using an app named Live Link 3G. Unfortunately the app, released by a Japanese developer; Yudo Inc., though available officially but only at Japanese App Store. 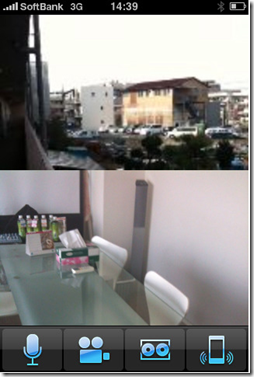 Live Link 3G uses iPhone’s primary camera to share the video/audio between two users. As the primary camera is on the back so you can’t do video chat or for that matter video calls in pure sense. But still you can taste how it feels to share the live video on your iPhone. The app beautifully breaks the screen into two and show real time video; perhaps a good suggestion for iPhone 4G.

You do not need to jailbreak your iPhone to install this App; but you need to have a Japanese iTunes account. The App is free till March 22, 2010 after which it will cost about $11.