One of the most tempting and productive feature of the Mountain Lion is also one of the least advertised feature of it; yes we are talking about the Airplay. What is Airplay? Well, it gives you the ability to stream your media to your nearby airplay supported device, like the Apple TV 2. Undoubtedly it is a good feature, but many are either unaware of it or don’t know how to use it. Below is a guide to set up your device with airplay.

iTunes has provided the feature to stream your music for a long time. However, apple has taken it to the next level. Now you can stream your audio to any external wireless speaker supporting airplay functionality. Here is a step by step guide as of how to set it up: 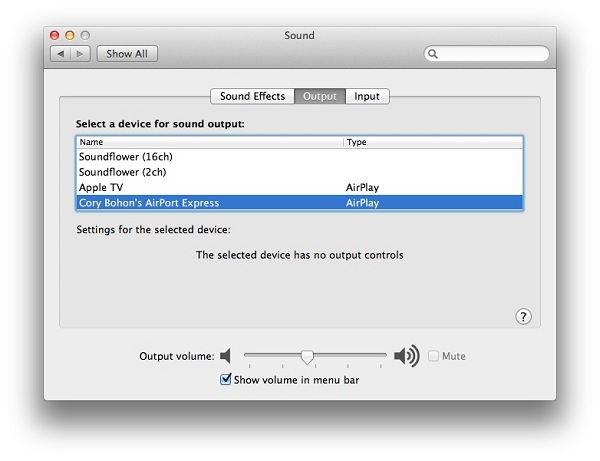 The volume can be changed through volume buttons on your Mac.

So there you go, in a matter of seconds you are the sound wizard scratch that.

iOS 5 provided the feature of mirroring your device on via Apple TV. Mountain Lion OS now provides this feature to full extended OS. Follow the step by step guide carefully to start enjoying this new feature.

There you have it, now you have a mirror able Mountain Lion on your Apple TV. If the airplay is “Chopping off” your screen then use the option of overscan correction.

Now you are ready to set up Airplay on the new mountain lion OSx. Share your experience with us by posting in comments.