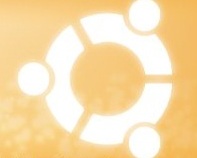 There is still a week in the release of Ubuntu’s latest version 9.10. The Ubuntu 9.10 will be released on October 29, 2009 but good news for our reader that you can download the Release Candidate right now! “We consider this release candidate to be complete, stable, and suitable for testing by any user,” the Ubuntu team wrote on its blog. There are many new features added to this release since the previous release of 9.04, here’s a list of some.