Turn your iPhone into a 3D Camera using “Poppy”

“Its just optics, No electronics involved, no circuits, that’s why the price is low without compromising on quality” explained the duo patch , Ethan Lowry and Joe Heitzeberg , the developers of this useful and befitting gadget which is said to be one of the most popular accessories of the year. Poppy works with iPhone 4, 4S and 5 and fifth generation iPod touch but the developer’s team is working on an iOS app, that will turn the things by storms. Plan is to develop the application with an embedded support for cross platform environments in order to let the users from vast domains enjoy the pops. 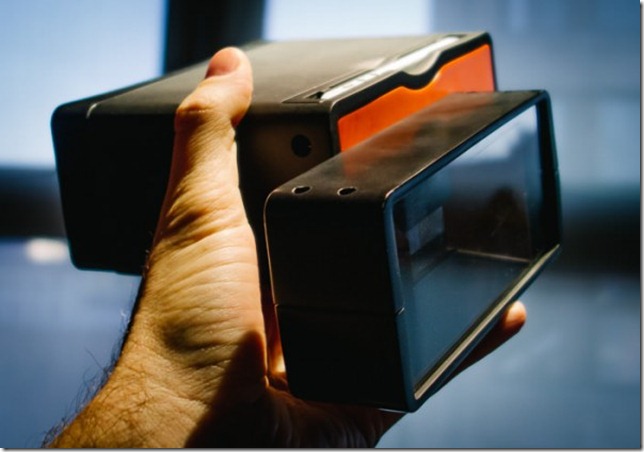 The app will allow the users to enjoy the ultimate 3D experience on their phones allowing them to capture 3D videos and still images, saving photos and videos to their  iPhone’s photo album, uploading videos to YouTube, and browsing your own 3D collections of pictures and videos.  With a great state of the art hardware glass oriented architecture, Poppy seems to have an augmented potential of growth in the coming future.  The initial price is just $39 which is minimal and very much affordable. The navigation facility and ease  of use in both the gadget and the application is a tool of great utility for the users. Whenever you want to capture your surroundings in  a 3D style, turn poppy on and start snapping.

Poppy deploys the mirrors in front of the iPhone to turn the two imaged complexity into one 3D deep effect that mesmerizes the vision of the still images and motion oriented images.  There were numerous 3D devices and glasses that were specially deigned for turning the 2D image to 3D but poppy is peculiar in a sense that it is “wire free” , no circuitry, just pure optics. You can buy the initial version of the “kick starter” from the nearby tech stores. According to the developers, around 1,725 orders have been placed for the upcoming version and app.