A few years ago, hard disks were all about the memory, companies were churning up hard disks in sizes up to terabytes but since the advent of Solid-State-Drives or SSDs, the focus has now shifted to performance rather capacity. SSD technology uses electronic interfaces compatible with traditional block input/output (I/O) hard disk drives. They do not employ any moving mechanical components, which distinguishes them from traditional magnetic disks such as hard disk drives (HDDs) or floppy disks, which are electromechanical devices containing spinning disks and movable read/write heads.

If you want faster data transfers in ranges of Gigabytes in quick paces, SSD is the perfect solution. I hate to break it to you but SSD’s are expensive than HDD’s, rather a lot expensive! If you’re dead set on performance over price, we are going to list for you our top five SSD picks keeping performance a priority and sorting them by price.

Agility 4 SSD with a staggering 400MB/s sequential read and write speeds boosts excellent performance having a 2.5” form factor. It is highly portable and available in wide range of flavors, which include 64, 128, 256 and 512 GB drives. As far as connectivity options go, you will have the standard SATA3 (6GB/s), SATA 2 and SATA ports and the drive will be compatible with Windows, MAC and Linux. 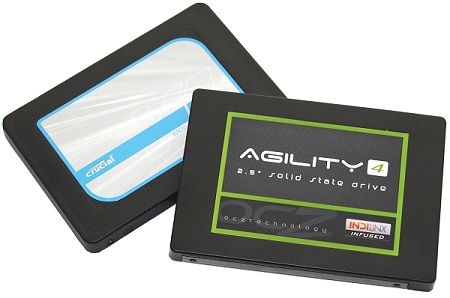 The best bit of this SSD is its cost, with 512 GB model being sold at $320, the cost per GB ratio is amazing at $0.625 per GB. We dub it the best drive when it comes to value for money. The reason why we chose the SSD is simple, it’s the cheapest you can buy – and high memory range makes it a perfect choice for gamers.

After the successful M1, M2, M3 and M4, Plextor introduced a new slim line M5 with 2.5” form factor which will fit in your ultra-books quite perfectly. Don’t let looks deceive you – it is not external hard drive but an internal one. Available in 128, 256 and 512 GB spaces the memory options are good as well. Whereas the transfer speeds are impressive as well at sequential 251 MB/s write and reading speeds it comes at par with our selection. 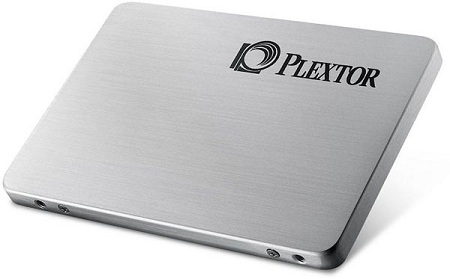 The Plextor M5 512GB model will cost you around $430 which is round about $0.81 per GB, which is more than reason able. The reliability, speed and built quality make us choose the Plextor M5 for our top five picks.

The corsair neutron is the smaller brother of the GTX, it has identical controllers i.e. SATA 3, SATA 2, and SATA connectivity and same dimensions and 2.5” factor. The missing element is the tag “GTX” which suggests it would be slower, the major difference is the NAND flash memory used in Neutron which is a little cheaper and hence slightly lower transfer rates. Having said that, it still provides stiff competition and strangely produces almost the same results as the GTX. With transfer speeds of around 237 MB/s it is not bad at all. It is compatible with all, Microsoft, MAC and Linux. 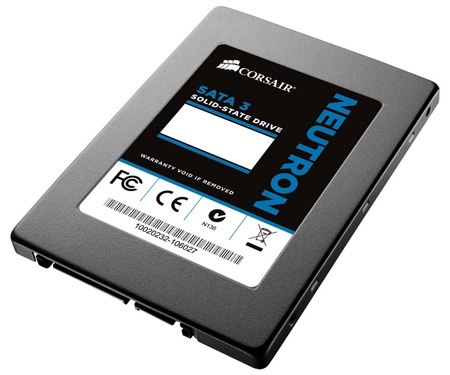 The neutron is significantly cheaper than the GTX, you would have to pay $199 for the 240 GB model which lands it at 0.85 $ a piece, considering the speed to cost ratio, the neutron is the perfect choice for those who are not willing to spend more than $200.

Intel was the first to release the 7 mm thick 2.5” SSD drive, many things changed since then but it still manages to make it on our list. The 2.5-inch Intel 520 Series SSD supports SATA 3 (6Gbps) and offers great performance. The drive is housed in an all-aluminum casing and comes with all you need to use it as a hard-drive replacement for a laptop (ultraportable or standard) or a desktop computer. The good thing is that it comes in varieties of Capacity options, 60, 120, 180, 240 and 480 GB variants are available to purchase. The transfer speeds aren’t too shabby as well with an average of 230 MB/s. 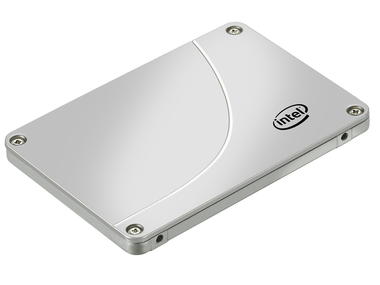 The price varies for the Intel hard disk from vendor to vendor, sometimes it will cost you $2 per Gb and if you purchase it from Newegg or amazon it will end up costing you around $1 per GB. It does well in speeds, and Intel products are highly reliable, so where it might be a little expensive – it will deliver in performance.

Last but not least the corsair, important thing to notice is that corsair has always managed to make our list when it comes to memory, because they are reliable and undeniably fast. The SSD is 7 mm thick instead of standard 9mm, but remains a 2.5” internal hard drive. For connectivity you will get options of SATA 3 (6GB/s), SATA 2 and SATA which comes in 120 and 240 GB variants, the hard drive is supported on Windows, Mac and Linux and has 256MB of CACHE memory. Talking about speeds, the hard drive boasts an impressive 270 MB + of transfer speeds which is highly impressive. 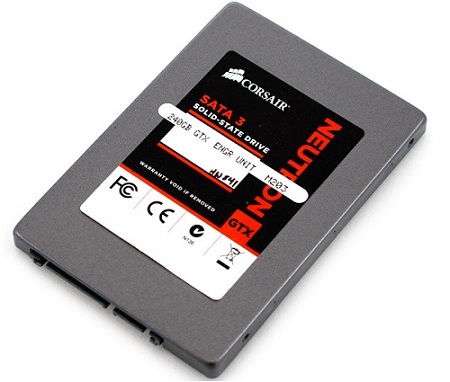 Corsair Neutron will cost you $304 for the 240 GB variant, however if you search around, you can find the drive for $250 (amazon), which leaves it at around $1.04 per gigabyte, which is totally worth the speeds you would get, although it is the most expensive of the lot, but high CACHE is a plus which alone is the factor for picking it and adding to our list.

Cost per GB factor is pretty important when it comes to SSD’s, since they are expensive so we have to keep an eye on it. The difference in price between HDD and SSD has decreased quite exponentially and it will keep on decreasing as NAND memory matures with time.

So, here are our recommendations for the Hard drives, SSD’s are well known to deliver top notch speeds and are excellent for those who are into gaming and those who need quick file transfers, we would have included the new Samsung 840 pro, but it is not officially available yet.