2012 had been an impressive year for the gaming industry. With amazing titles launching such as Call of duty black ops, battlefield 3, Half-Life 2 and Bioshock ; we expect 2013 to be no different than that. Surely the anticipation is high, and we are going to tease you more with a list of upcoming “Hot” Games for 2012 Q4 and 2013.

10. Need for Speed Most Wanted

It is back! Back, with hopefully the same interactive gameplay that it brought back in 2005. Need for speed Most wanted was one of the most successful of the series, since then the titles like Pro Street, Undercover, Shift and the Run had been rather disappointing. They focused on the story rather than the gameplay which always seemed two dimensional. The action packed racing game is what teenagers look for, the iconic cars and fast tracks and hot chases makes Need for Speed adrenaline pumping thriller series of games. 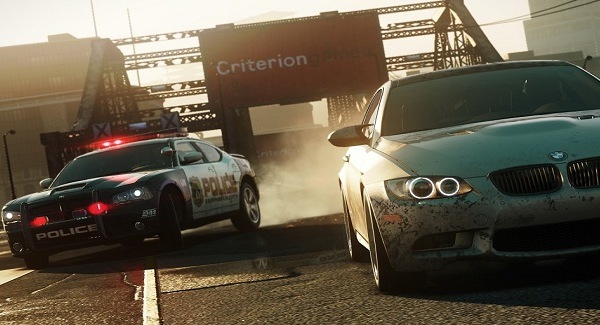 EA is back with NFS MW

The trailer for the game brings us hope that they are done with all the storyline agenda and back to the basics, we for one cannot wait to see what they have in store for us. Hopefully there will be “a little less conversation, and a little more action”. It lands up on number 10 in our list.

Landing on number 9 is Medal of Honor warfighter. It is an upcoming First person shooter (FPS) 14th installment of the series and the sequel to Medal of Honor released in 2010. Medal of Honor has been like an Anthem for the online gamers ever since the launch of Medal of Honor Allied Assault or more commonly known as MOHAA. Warfighter is set to aim at both single and multiplayer modes. 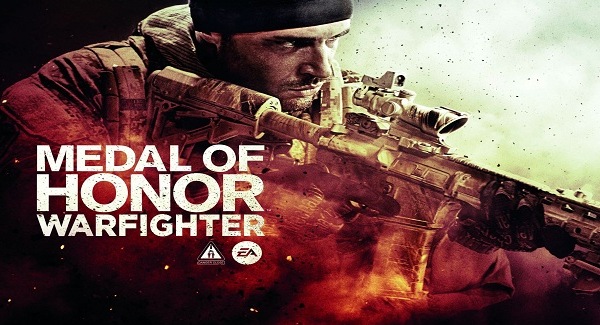 2nd Installment after renewal of Medal of Honor

War fighter is going to continue the story left out in the 2010 edition.  Players will continue to control Tier 1 Operators through various scenarios, including rescuing hostages in Abu Sayyaf’s stronghold in the Philippines, and assaulting Al-Shabaab’s Pirate Town on the Somali Coast. Missions will be based off several recent events and will have an over-arching storyline connecting them.

Almost all First person shooter lovers must have gone through a stage of “Crysis”. The third installment in the series promises to continue the nail biting gameplay it has been providing since the first installment. This edition of crisis will be running on CryEngine 3. In our earlier “anticipated games” Crysis 2 was mentioned and it has managed to cross out eyes one again as players take on the role of Prophet as he returns to New York, only to discover the city’s been encased in a giant Nanodome created by the corrupt Cell Corporation. The New York City Liberty Dome is a veritable urban rainforest teeming with overgrown trees, dense swamplands and raging rivers. Within the Liberty Dome, seven distinct and treacherous environments become known as the Seven Wonders. 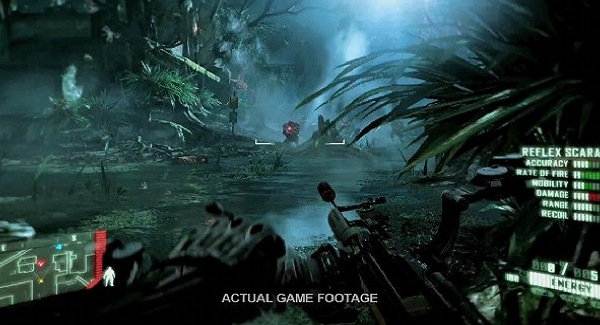 3rd Installment for the CryEngine based game

Set in 2047 (24 years after Crysis 2), Prophet is said to be on a “revenge mission” after uncovering the truth behind Cell’s motives for building the quarantined Nanodomes.

Visceral Games  are set to launch third edition to their famous Dead Space series. Dead Space tells a story of Isaac Clarke who has crash landed on a frozen planet known as Tau Volantis. Isaac Clarke hopes that this hostile new environment contains the key to ending the Necromorph scourge. In Dead Space 3 player characters Isaac Clarke and John Carver will be able to roll and take cover to avoid attacks. The new ability to dodge was described by a Visceral Games developer as essential, as it “felt dumb/terrible not to have it” and that they have been “making Isaac more responsive,” as they “want the horror to come from the terrible things that happen in the game; not from the horror that something is moving slowly towards you and you can’t shoot it because the game controls like a piece of crap.” 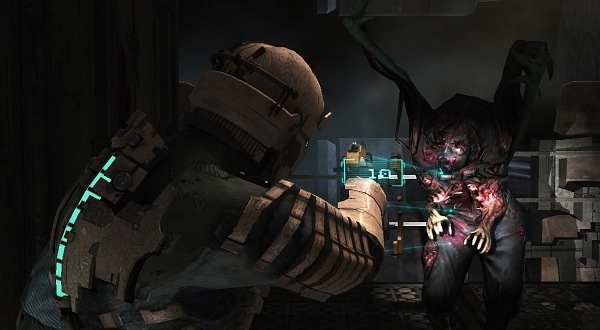 We are anticipating this game to be a masterpiece, and the hype created by the Visceral Games will surely test the development team.

There are a lot of sequels coming out, Far cry’s latest edition Far cry 3 is the latest edition of the popular series by Ubisoft. It’s been a while since last edition of Far cry 2 which was launched back in 2008. Far Cry 3 takes place on a tropical island found somewhere at the intersection of the Indian and Pacific Oceans. The main goal of the game is to escape from the islands (as there will be more than one, mentioned by Dan Hay) and their crazed inhabitants. 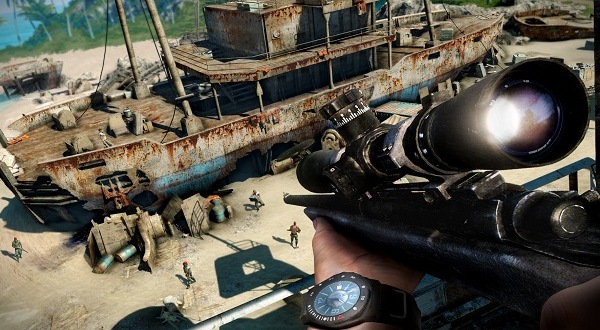 In the released demos of the game it is revealed that the player will have the ability to shoot enemies behind objects, along with that an overhauled stealth mechanism as well as player take down system will surely make this game worth the wait.

First in the edition, Deadpool is a fictional character designed by Marvel comics. The story for the game is also being written by marvel comics. It’s safe to say that they are not going to let anyone handle this mercenary and anti-hero character. 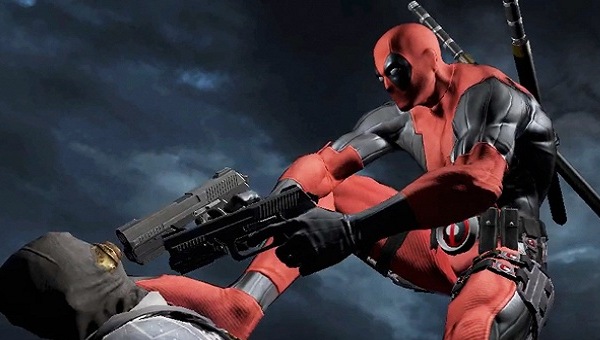 Exciting the world of comicon

No story line or game details have been made public and yet it is creating more hype then any other game being set to launch in 2013. All we hope is that marvel lives up to its expectations and delivers a fine title that we can remember by in years to come.

Black OPS 2 is going to be ninth edition in the Call of duty franchise. Famous for Call of Duty modern warfare series; Activision launched the Black OPS in 2010. Black OPS went on to be hugely successful and largely accepted by the audience, thus the reason for second installment. 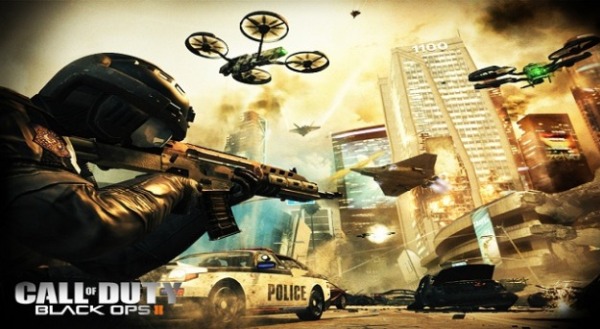 The latest installment of famous Call of duty

The latest edition will be different from its predecessor, the original title was set in the past and historic missions, while the Black OPS 2 will feature single player in in two different timelines. It will feature from 1970‘s through 1980’s till 2025. What has grasped the most attention is nuke town 2025, it is a map set to launch for free with new black ops pre-orders. Nuke town is a map first featured in the original black ops only this time it will represent “Medal home of the future”.  1970’s will feature with players fighting a Proxy war for United States while in the future  fighting a cold war against China. The demos and the press shots released have been impressive and the diverse gameplay has a lot to offer for the players.

The Dust 514 is first edition being publish by Sony Computer Entertainment, features free first person shooter gameplay. After using up the Earth’s resources, began to colonize the rest of the Milky Way. The development of faster-than-light travel allowed mankind to expand at an extremely fast pace, leading to violent competition between space-faring corporations. The Game circles around this theme, survival and Combat are the two main focus points of the game play. 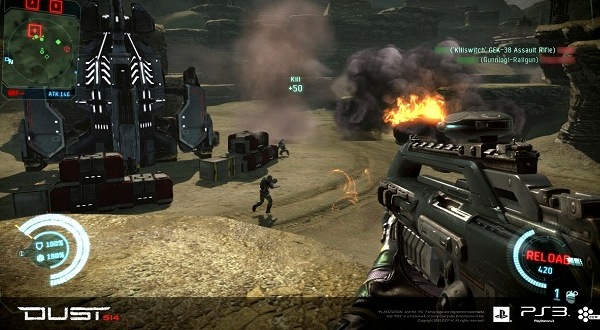 Dust 514 brings a new concept and a new world

The Dust 514 will surely provide a complex yet attractive gameplay, you will be in a universe of your own, battling out and terminating opposing forces.

Behold, the third edition of the notoriously famous Assassins creed franchise is set to release. Assassin’s creed features a historical-adventure open world stealth game developed by Ubisoft for Playstation 3, PC and Xbox 360. Set in Colonial America, the Assassin-Templar war has become involved in the American Revolution. As series’ protagonist Desmond Miles, the player controls a young half-English, half-Native American man named Connor Kenway, drawn into the fight against tyranny when his home is attacked by colonist. 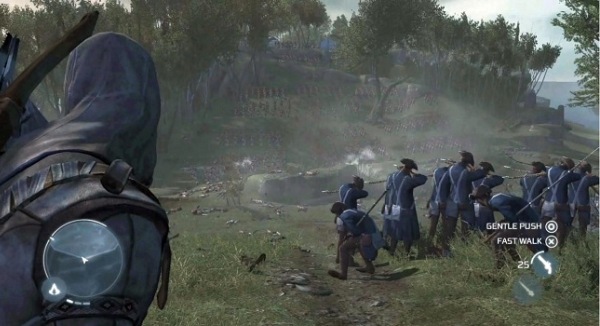 Over the course of the game, Kenwy will encounter historical personalities including George Washington, Benjamin Franklin, Thomas Jefferson, Charles Lee and William Prescott to name a few. The story will span 30 years, from 1753 to 1783

Landing in on number 1 is God of War: Ascension.  It is an upcoming prequel to all the God of war series, developed by Sony Computer Entertainment. The game will be the first installment in the series to feature a multiplayer gameplay. This third person shooter will also feature a stereoscopic engine. Loosely based on Greek mythology, the game will be set in Ancient Greece with the player controlling the protagonist Kratos, who attempts to sever ties with the God of War, Ares, who tricked Kratos into murdering his wife and child. 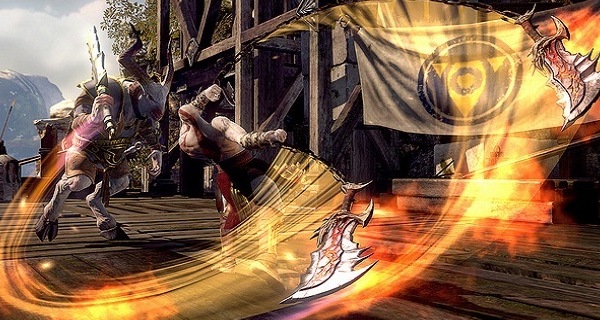 God of war ascension, first of its kind

The single-player will feature a “revamped” combat and weapon system, “prompt less” mini-games and new puzzles. Sony stated the game will offer “fluid, life-like characters, dynamic lighting effects, and world-changing scenarios”, although the story is “a little bit shorter” than previous games.

It is a busy fall ahead; the games listed are the top contenders to take over the market by a storm, apart from these amazing titles, games like resident evil 6, Metal gear rising and Tomb raider are also making their way in near future.