If you think it was all Samsung at the IFA, then you are wrong. Many companies showed up with their latest gadgets, although yes, Samsung did steal the spot light – but Nokia, Sony and LG did not stay behind and announced a few devices of their own. One of which is Sony’s new Xperia TX which is set to be their flagship device. Visually all the Xperia’s look awfully similar – from the mid-range Xperia U to the high end Xperia TX all feature candy bar form factor with 85% coverage of screen. Let’s take a look at the TX.

Let’s start off with the design shall we. The word we are looking for to describe the phone is “beautiful”. Not many phones look that good at first sight. But the TX is quite a charmer. Dressed in “Midnight blue” casing and a very slim form factor it feels like a piece of paper in hands. It has a curvy design and the waist band is the thinnest part (reminds me of the arc s). There is a power button on the left hand side of the device, and the traditional connector on the right side. Volume rocker (controls) is accompanied along with the connector. 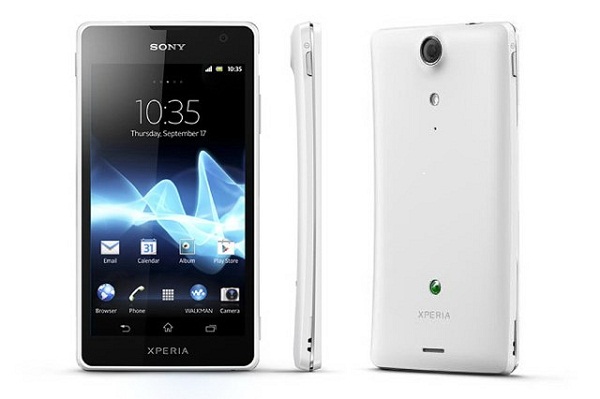 Thankfully, there is a camera shutter key as well on the bottom right side – a feature most phones miss on (which we love) but it seems a little too small to press and it could become hard to press. At the back there is a 13 megapixel camera accompanied by One LED flash. The front of the phone is button less and only has the sensors and front facing camera along with touch controls to accompany the massive beautiful screen.

The display is a beautiful 4.5” 720 x 1280 screen, with 10 input capacitive touch screen which covers the face of the phone. The screen is also scratch resistant (gorilla glass) and is shatter proof – the phone is powered by Sony’s bravia engine which without a doubt produces the most vibrant colors and color depth pictures, along with that the traditional Timescape UI will power the device.

In our opinion timescape kind of ruins the proper android experience – and a proper interface (android) would have been preferred. Now let’s take a look at other specifications of the phone and see what sort of competition it has in the market right now.

That sums up the key features of the phone, it is a god device and the Krait processors are notoriously fast, sometimes even compared to quad core processors. With RAM of 1GB it has a good storage on board, but devices now are showing up with twice that. As far as competition goes, it has plenty. Galaxy S3, LG Optimus 4X-HD, Meizu core are the tough competitors – although they are quad core phones but considering that TX will be a flagship device it will be prices at around the same range. The benchmarks show that it is powerful and take on its quad core competition.