The Blackberry Touch/Monaco gets caught on Camera

This rumored device which first showed up on a leaked RIM document has a 3.7 inch touch screen and may not be an update for the Blackberry Storm, instead it may be a new product itself. 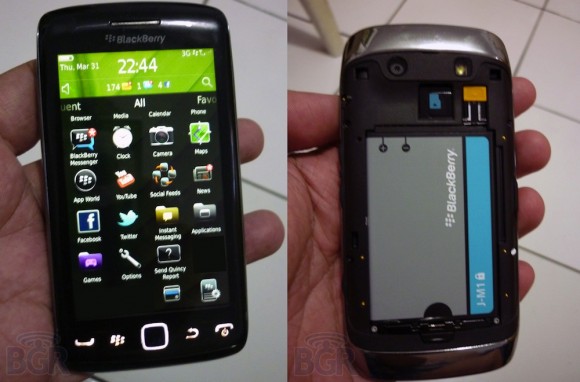 It has a 5 Megapixel camera with flash, while other hardware specifications cannot be confirmed. It does run Blackberry OS 6.1 It is expected that this device will be officially announced at Blackberry World 2011.

Other rumored devices for the May event include the Bold Touch, Curve Touch and the Torch 2. [via Slashgear]