Test out Firefox OS right on your Browser

Almost every technology lover and follower would know that Mozilla is working on launching a proper Operating system of it’s own. Dubbed the Firefox OS (not so clever), the operating system is intended for smart phones and tablets. It would be competing directly with Android, iOS and now Windows phone 8, which begs to ask if it really is a smart move to compete with matured operating systems? Anyhow, considering that you now know about the OS you must be wondering how it behaves or looks like. Well, there is a simple Firefox browser add on that you could apply to get a taste of the operating system right away.

Things you will need

As usual there are a few things you need before you go on all excited.

So, download the plug-in, which would occupy 64MB of your disk space. Once installed, simple go to Firefox, Press Firefox button on top left corner, select option “Web Developer” and select Firefox OS. A new window will pop up displaying the operating system in action. 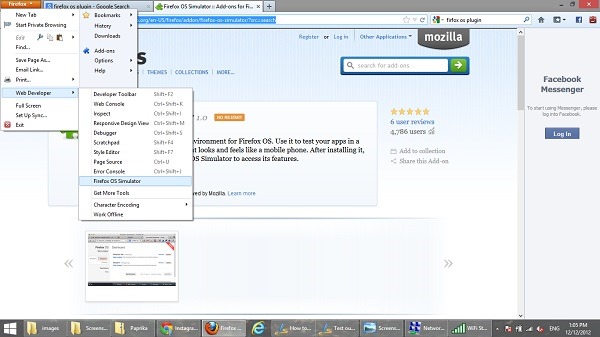 It’s that simple. Now once we have it running, lets see if it has some gifts for us. To get it running, slide the tab to turn the simulator ON. it will take a few seconds to show up, you will be greeted with a rather well designed lockscreen.

What do we know about the OS

From the looks of it, the OS will have android like homescreens even though Firefox has stripped the Android out of the phone and created its own operating system from the ground up. Introducing 6 Home screens, the Firefox OS is strictly based on HTML5 and rumours suggest that it will run android, windows phone 8 and iOS applications provided the include HTML5, information is still vague on it’s behaviour though.

The interface though, spills trouble. A lot of interface elements resembles that of iOS and Android combined. Take a look at following screenshots; 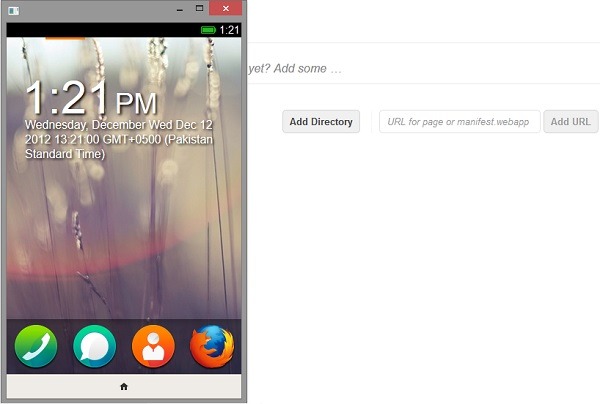 That’s just the home screen, as you can see, the icon placement is rather familiar. Now i understand that nothing much innovative can be done there but wait till you see the other elements of the operating system:

This is the message Application, reminds you of anything? Cough *Froyo*. 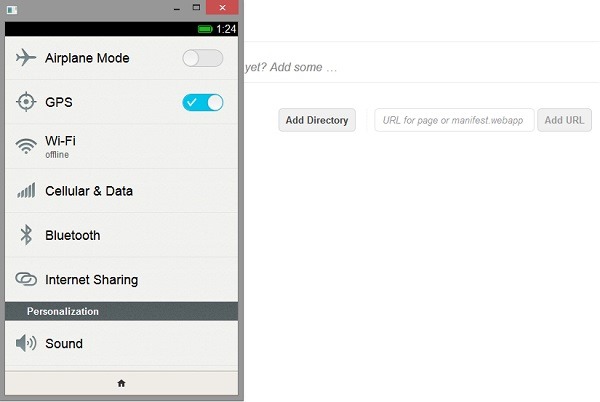 This is my favourite bit, the settings menu. now i don’t know if people at Mozilla have been watching the news, and i don’t know if they are aware that Apple do not like if even the slightest element is copied; pardon me but that looks exactly like that. That’s that, the actual OS however is quite nifty i must admit. The interface is as nimble as android and as easy to understand as iOS, perhaps the combination you would look for. And then there is compatibility, the OS Mozilla demoed used a ZTE android running phone, so compatibility wont be much of an issue and since mozilla is open source, there is a good chance that it will gather a lot of support once it’s launched.

have your say about the OS, take it for a spin and let us know what you think.