To keep the buzz of HTC EVO alive, Sprint is kicking off a competition allowing you to win 10 HTC EVO 4G phones, a free service for whole year and a trip to Maui, Chicago, Las Vegas and Houston. The best thing about this contest is that you get to have the first 4G phone of America before its release. Sprint claims that this phone will have a faster connection than your DSL connection. This offer is especially aimed towards bloggers who can blog about the device before anyone else. 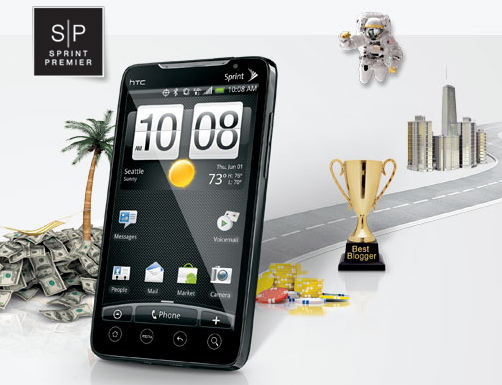 So how do you get to enter in the contest; all you have to do is write a short essay (150 words max) by May 9, 2010. The theme of the essay is “What you can do really fast“. Few ideas that Sprint has given include Make a bed under a minutes, crank out texts and tweets in mere seconds or update your facebook status in a flash. Trust me, the prizes are worth spending few minutes. Enter the contest here.